Tbilisi boosts public security at the expense of education

Tbilisi boosts public security at the expense of education 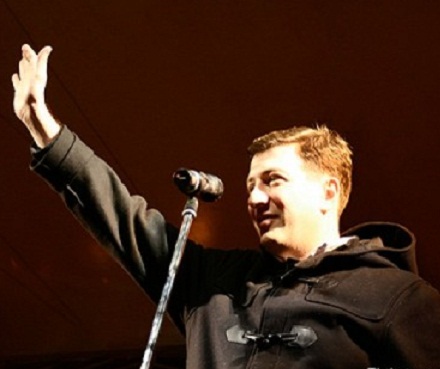 Tbilisi is increasing spending on public order measures, at the expense of education and the environment. Here mayor Gigi Ugulava.

TBILISI, DFWatch – A new report shows that the city of Tbilisi has increased its spending on culture and public order, while environmental protection and education has had to foot the bill.

The report, which is a cooperation between the Caucasian Institute for Economic and Social Research, Economic Policy Research Center and P-M-C Research Center, shows that since 2007, a marked shift in spending has favored culture and public order at the expense of education and the environment.

The three think tanks have been monitoring the city of Tbilisi’s budgets in recent years. Findings show that in the 2012 budget, funding for health and social programs has been reduced. Simultaneously, health care and social expenses are not specifically outlined. This creates difficulties for collecting information about health care spending, such as reconstruction and repair of facilities as well as all other expenses.

Another thing the researchers found was that the justification for spending from something called the reserve fund is vague.

“While spending the money allocated from the reserve fund, it is not necessary to protect the procurement law, announce a tender, price quoting, which leads to the possibility of improper and non-transparent spending of budget funds,” says Shota Murghulia, the representative of Caucasian Institute for Economic and Social Research.

Moreover, the sanitary company Tbilservice Group Ltd, which is responsible for the sanitary situation and waste handling in Tbilisi, receives all the fees on its bank account, while utility payments from the population go directly into the city coffers. Information about the account is kept from the public, on the grounds that it is a commercial secret. This once more hinders the transparency of public finances, according to the researchers.

Analysis of the pre-school educational facilities has identified several problems. One of them is that the number of children from high income families is higher than those of socially vulnerable families. The study also identified that the existing scheme of co-financing is incomplete and insufficient. Two other problems with kindergartens are the difficulty of information being kept from the public, as in many cases the information which is received is useless for a deep analysis, and the issue of purchasing food products and other inventory for kindergartens is also rather opaque, as it is not clear who buys the above mentioned products and in what form.

The study was presented in the offices of Open Society Georgia Foundation on 12 June. The final results will be published in the end of the year.