Tbilisi and Brussels: tending to the democracy we have fired up

Tbilisi and Brussels: tending to the democracy we have fired up 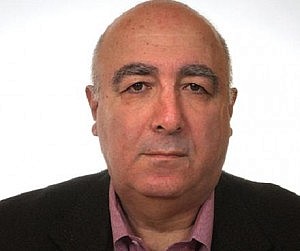 Ambassador Tedo Japaridze is a former Chairman of the Committee on Foreign Relations in the Parliament of Georgia.

Every time someone in Brussels criticizes the Georgian government, a chain reaction begins in Tbilisi.  With specs of truth, the opposition starts a fire designed to scorch the reputation of Georgia, while certain media will provide ventilation.

It is not long before the whole chain of governance emits heat, if not always light. Yes, the chemistry of the relationship between Georgia and Brussels is often combustive. And the effect is so much stronger in the “Rustavi 2” TV Channel case, where 17 Members of the European Parliament (MEPs), from seven countries, and five political groups, sign a letter of “concern” addressing no less than the Prime Minister and, naturally, the Foreign Minister.

As always, Tbilisi obliges. The Prime Minister has already suggested the institution of a dedicated Media Ombudsman, aided by an international board of trustees, to ensure that media are – and are perceived to be – free, independent, and pluralistic. That kind of a reaction is evidence that this Government and personally Prime Minister Kvirikashvili do not fear the heat and do not blink when the light is flashed onto our eyes.

However, our Foreign Minister remains in the dark as to how to deal with the following clear, albeit, sensitive dilemma: on the one hand, if the European Court of Human Rights (ECHR) applies pressure on the Georgian High Council of Justice, we burn away our credibility as a polity of checks and balances, in which citizens trust justice is depoliticized and independent from the executive. That is what “third wave” democracies have been mentored to do since our independence in the early 1990s. On the other hand, should the government ignore a letter signed by (17!) MEPs we run the danger of inflaming our credibility as a pro-European Government. One thing is clear: whatever the trajectory we take, we run the risk of burning through something we cherish.

Personally, in dealing with such inflammatory dilemmas, I take comfort in the thought that I can always reach out for the wisdom of more experienced MEPs, such as Jacek Saryusz-Wolski, that is, the former Vice President of the European Parliament and, until recently, prominent member of the EPP who ensured that our road to gaining Visa Liberalization was paved with the most stringent conditionality. Oh yes, we have come a long way since the day and age that a TV Channel, like Imedi, could close down with not so much as a hint of criticism. Thanks to Saryusz-Wolski’s Georgian affairs expertise and dedicated attention to the Georgian Dream Administration, our democratic flame has remained in vigour like never before. I for one can hardly forget Mr. Saryusz-Wolski’s feverish preaching in favour of “the great human rights advocate and democratic martyr,” Michael Saakashvili, and I repent for any grudge I might have personally held against him. Similarly, I recall having long conversations with Adam Michnik, a with legendary human rights and media freedom advocate also from Poland whose momentous intervention saved the above-mentioned Imedi TV from Mr. Saakashvili’s tantrums. So, in a Christian if not entirely scientific spirit, let us forgive and forget, or at least let’s not hastily light up.

Let us instead take comfort and solace in the fact that the ECHR is giving the “Rustavi 2” case the attention it merits. The wholly predictable chain reaction of opposition friction, heat, and inflammatory statements is not pleasant for any administration, but it soothing for those concerned of whether or not the opposition has freedom of expression. Well, it has and that expression of often combustive, in Georgia and in Europe. But, our democracy is adequately insulated and has the structural integrity to withstand any heated argument or flaming protest.

Take for example last weekend’s events in Batumi. A group of vandals confronts police officers who try to hand over a ticket for illegal parking to a bully. The man invites “friends” who throw Molotov cocktails at the police. Riot police intervenes and the opposition steps in to talk about police brutality, in an event that led 15 police officers to the hospital, 40 detentions, and six arrests. Similar events can happen across Europe, even the same evening, and we all know that no one can go through such an evening unscorched. Nevertheless, what is today important in Georgia’s European democracy is that the lighting up of a spark does not threaten to set the house ablaze.

We are safe in large part because we are much more European and certainly more inclusive than ever before. To say that Georgia is the leading reformer of the Eastern Partnership is a gross understatement. The fact is that Georgia consistently over-performs in expectations and has now surpassed a number of EU member states in key governance indicators, including freedom of speech and transparency. The European Commission and the European Parliament have repeatedly evaluated the performance of this administration with glowing reports. To treat this Government as a regime that suddenly turned rogue and is turning against critical media and journalists is inconsistent with facts – facts do exist – and the assessment of international monitoring agencies.

In politics, as in everyday life, truth is a battlefield. In my view, the truth is that the Rustavi 2 case is a civil suit about the ownership of a channel, which began under the previous administration. The government has been empowering the judiciary and bolstering its independence, as any European government would do. In verifying this fact, we welcome monitoring, inspection, and verification. What we cannot do is take seriously an invitation to obstruct justice until it meets an unspecified threshold of expectations.

Democracy is not a state of eternal bliss; it is a regime that allows for friction between political actors but not the incineration of our social contract. Putting things in perspective, EU institutions have always sought to be the accelerators of democracy, burning through patriarchies, autocracies, or any monopoly of power and truth, keeping our democracy open, inclusive, and fired up. By ensuring that our democracy has adequate pluralism and inclusiveness, Europe allows us to celebrate the constant friction and occasional spark between rival parties without fearing an explosion.

The chemical composition of our democratic system has been profoundly influenced by our engagement with Europe. Without fail, this Government will not only abide with those interim measures and the final ruling of the European Court of Human Rights in the Rustavi 2 case , but will strive to go over and beyond the spirit of the verdict to ensure our political system can take any spark without fearing an explosion. Given the right elements of capacity building, policy roadmaps, rigid monitoring and aid, Europe will continue to play a catalytic role for the consolidation of our democracy. Catalysts make the effect of the chemical process irreversible. That is why we always say that we are neither a “former Soviet republic” nor a “post-Soviet state. We have passed that point of conversion.

But, a word of caution is in order. The EU has found out that democracies cannot be reproduced in political laboratories, with democratic experts achieving the desirable “reaction” by introducing the right elements into the social “solution.” We know now that this top-down notion of democracy promotion is naïve, especially when one deals with volatile elements, such as established political actors that have made a reputation for seeking power by torture, extortion, political violence, or even by changing passports, feeling a sense of entitlement to authority and power. The moment for this kind of governance has come and gone. We now have a qualitatively different democracy in Tbilisi.

Since the Vilnius Summit of November 2013, Georgia has taken up the challenge of an “attractive interaction” of empowered institutions, transparent governance, an electoral level playing field, and a free media landscape, to create a substantially different democracy. Our democracy is blazing. True, we are not perfect (but who’s perfect in that confused and unsettled world?); and outside Europe’s club, our imperfections may have a glowing shine. However, the chemistry of our relationship is about catalyzing a process that will change Georgia, irreversibly. Together, we have done this with considerable success. Georgia has always been a keen market reformer but never before has the quality of democratic governance improved so profoundly in just five years. Our democracy works better than ever before. We need to keep tending the flame, but keep explosive and flammable substances away, as well as a watchful eye for pyromaniacs. By all means, let’s not burn the house.

Disclaimer: The views in this article are personal views by Ambassador Tedo Japaridze and do not constitute the official position of the government of Georgia.