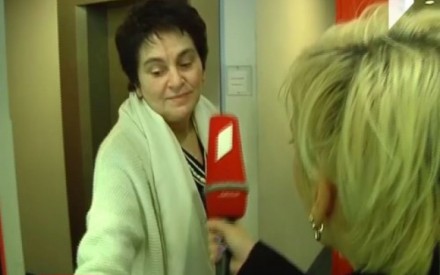 TBILISI, DFWatch–Top prosecutors in Georgia now say the target of an assassination attempt within the Orthodox Church was not the patriarch, but one of his advisers.

In an interview with the newspaper Rezonansi, POG spokeswoman Natia Sukhiashvili specifically denied that the target of a suspected poisoning attempt was Patriarch Ilia II.

The presumed target is Shorena Tetruashvili, the patriarch’s personal secretary. Although not holding any formal position within the Church hierarchy, she is believed to hold a strong sway over the archbishops and the patriarch himself.

Neither the chief prosecutor’s office POG nor other official sources have confirmed that she was the target, but there are widespread speculations that that is the case.

In an interview with Rustavi 2 on Tuesday, Petre Tsaava, an archbishop of the strategically important Chkondidi diocese, overtly accused Tetruashvili of corruption and of controlling some high ranking officials in the Church. He also accused her of being an instrument of Russian influence within the Georgian Orthodox Church.

Tetruashvili has usually shunned cameras and journalists. She has been approached by journalists several times in Berlin where she attend the patriarch who is undergoing medical treatment there but responded only on one occasion, saying that probably teh Chkondidi Archbishop was speaking about someone else.