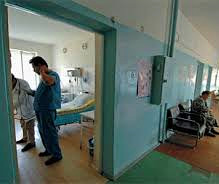 TBILISI, DFWatch–A 36 year old man died in Georgia on Saturday after having contracted the H1N1 virus. He became the tenth victim of the swine flu outbreak.

The deceased was from Gali in Abkhazia, and had come to Zugdidi to receive medical treatment.

The head of Zugdidi public healthcare center Nana Odisharia said the reason he died was that he received treatment too late and he had an accompanying chronic disease.

According to Georgia’s National Center for Disease Control, the infection rate in Georgia is now 357.6 cases per 100,000 persons. Six of the ten victims had chronic diseases.