Suspected Georgian mafia boss and 35 others arrested in Spain

Suspected Georgian mafia boss and 35 others arrested in Spain 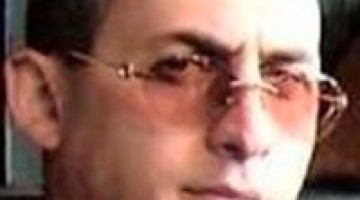 TBILISI, DFWatch–A 42 year old Georgian mob boss and 35 others, mostly Georgian nationals, have been arrested in Madrid, Basque Country, Valencia and other places in Spain on Friday, in a raid classified by the EUROPOL as ‘the most important development in 2015 against such criminal organizations’.

The Spanish police asserts that Zviad Darsadze, a so called thief-in-law, the highest rank in criminal hierarchy in post-Soviet countries and their diasporas abroad, was in the center of the vast criminal ring specialized mostly in burglary and also in forgery, arms and money trafficking, money laundering and other criminal activities.

Zviad Darsadze, a native of Kutaisi, second largest city in Georgia, according to the Spanish investigators, has enjoyed an iron fist sway over his subordinates who had to contribute lion share of their swag to obshyak, a common pool, administered by a thief-in-law or a group of ‘thieves’.

Apart of Spain, the ring was active also (at least) in Germany and France.

The group was basically stealing jewelry from the private apartments. Part of the booty then used to be smelted to produce bullions, the Spanish media reports.

The ring worked through different cells, composed of an unknown number of individuals, moving throughout the country to commit burglaries and other criminal acts.

More than 200 officers of several law enforcement bodies participated in the operation, including investigators from EUROPOL, the EU agency that handles international organized crime, and Bundeskriminalamt, or BKA, the Federal Criminal Police of Germany.

Zviad Darsadze is known for his close ties with Georgian Mafia bosses, brothers Lasha and Kakhaber (Kakha) Shushanashvili. The former is regarded as one of the influential ‘thieves’ in Georgia and Russia, while the latter reportedly directs organized crime in Spain.

In 2010, during Operation “Java”, sixty-nine suspected Georgian mafia members were arrested across Europe, 24 arrests, including of Kakha Shushanashvili, were made in Spain.

According to the statement by Spain’s Policia National bank accounts of the detainees have been frozen, their assets, cars and property seized. The operation is ongoing.