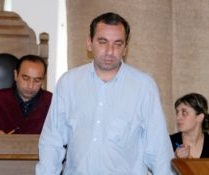 TBILISI, DFWatch–A former government official in Georgia has pleaded guilty in the murder of bank employee Sandro Girgvliani in 2006.

The 28-year old Girgvliani was brutally murdered after a scuffle at a cafe in Tbilisi, during a birthday party for an Interior Ministry official.

The dead body was found with multiple injuries on January 28, 2006, in a suburb of Tbilisi.

Georgia was strongly criticized by the European Court of Human Rights for the handling of the case. It said in a ruling that the different branches of state power had cooperated to prevent justice from being done. 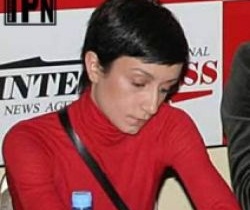 None of those directly involved were investigated, but four police officers were found guilty, and later given an early release.

The new government reopened the murder investigation and charged several former government officials, including Oleg Melnikov, an official at the Constitutional Security Department, or ‘Kudi’, who left Georgia after the National Movement lost the parliamentary election in October, 2012.

In December 2012, he was detained in Ukraine, which extradited him to Georgia in September, 2013.

He said that after the murder of Girgvliani, he was in a car with Interior Ministry officials. They first arrived at the Chief Prosecutor’s Office and then went to the president’s residence.

He said he stayed in car, but he knows that former head of Kudi Data Akhalaia met with Chief Prosecutor Zurab Adeishvili at the Prosecutor’s Office and then with President Mikheil Saakashvili at his residence. During these meetings, they worked out a plan for how to blame four Interior Ministry employees for the murder, to avoid public protest about the murder. The four scapegoats would be released early from prison.

Melnikov said that Akhalaia handed him a testimony that had been written in advance, which he signed and confirmed in court.

The questioning of Melnikov is not yet finished. Next hearing will be held on August 18.

Melnikov is charged with assisting in illegal deprivation of liberty organized by a group.

Many Georgians began to seriously question the independence of their courts after the Girgvliani murder. The scuffle that ended in his torture and death began with a disagreement between the victim and the wife of then Interior Minister Vano Merabishvili, as well as several higher officials, but none of them were brought to justice.

The European Court of Human Rights said in a ruling in April 2011, in the case of Enukidze and Girgvliani v Georgia, that it was struck by how the Georgian Ministry of Internal Affairs, Prosecutor’s Office, Prisons Department, and even the courts and President Saakashvili himself had ‘acted in concert in preventing justice from being done in this gruesome homicide case.’