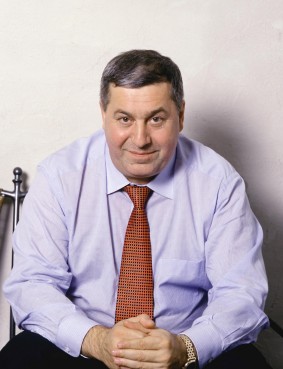 TBILISI, DFWatch–Russian media reported that Elton John, Sting, Jeniffer Lopez, Enrique Iglesias, Beyonce and others performed at the wedding of the son of Russian oligarch Mikhail Gutseriev March 26 in Moscow.

It caught some attention in Georgia that the national folk dance ensemble Sukhishvili also performed at the luxurious wedding party of Gutseriev’s son Said (28) and Khadija Uzhakhova (20) from Ingushetia.

Gutseriev’s fortune is worth USD 6.2 billion according to Forbes.

Georgians have had an unofficial cultural boycott against Russia since the 2008 war. High-profile artists have their patriotism questioned whenever they performs there, especially on sensitive dates, as the ballerina Nino Ananiashvili recently experienced.

The national folk dance ensemble Erisioni was one of the first to perform after the change of government. They performed in a concert hall of Kremlin in March, 2013.

Sukhishvili confirmed that they performed at the Gutseriev wedding on Saturday, but claim it wasn’t an ‘official tour’ but a private visit and their policy of not performing in Russia is still in force.

“I don’t know about Gutseriev, but Tengiz Sukhishvili, is a good friend and affiliate of the father of the bride, Ingush Uzhakov. This was a personal visit and it doesn’t change our official protest towards the Russian state policy. Personal relations and friendship is different. We never go on official tours in Russia,” one of the employees of Sukhishvili told DFWatch.

She said she could not speak on behalf of the ensemble while the manager and director are away, and refused to tell us her name.

The wedding performance in Moscow took place during a two-day break in a tour, and only some of the troupe’s dancers took part.

“Now they are in Belarus on a tour and had a concert in Gomel yesterday,” the person told us.

She said she doesn’t know how much they were paid for the Moscow performance.

Another ensemble, called Rustavi, has had performances in Russia since 2013 and still tours that country.

The leadership of both dance ensembles believe that politics and arts should be separated. Sukhishvili declared that they have been receiving invitations since 2008, but always refuse to perform in Russia.

“Ms Nino (Sukhishvili) and the leadership of Sukhishvili believe that today there is not a proper situation to go on a tour in Russia,” Khatia Ekizashvili, former manager of ensemble said.

“Many may think I am wrong, but I don’t want to go to Russia yet. I cancelled 22 concerts. Maybe it was a mistake in financial terms, but I always act with intuition, which has never let me down before. I also want to maintain dignity. I believe that it is too early to go on a tour in Russia in order to keep the dignity of my country,” director of the ensemble Nino Sukhishvili stated in 2014.