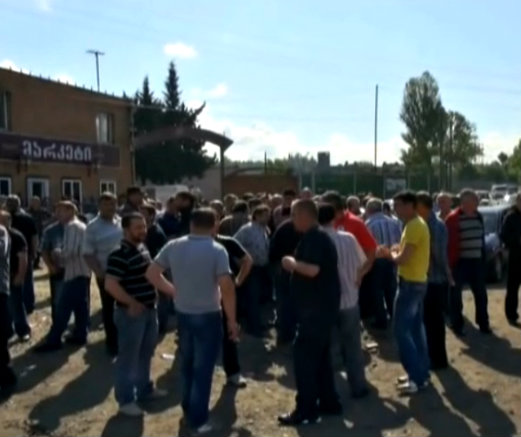 Steel workers in Zestaponi are still on strike. (Info9.)

TBILISI, DFWatch–Hundreds workers of Georgia’s large ferroalloy plant in Zestaponi are continuing their strike and do not plan to give up until their demands are met.

Three workers have decided to end their hunger strike after consultations with the head of Georgia’s Trade Unions, while management has established normal operation of a single department of the plant using a group of technical engineers. The rest of the plant, however, is not functioning.

Workers demand 50 percent increase in salaries, improved social conditions and the possibility to sign group contracts. But the administration refuses to satisfy their demands and warns workers to cut salaries for the working hours, which they spend while being on a strike.

“The administration doesn’t contact with the workers yet, but it will be difficult for them to work in such regime,” Irakli Iobidze, representative of Georgia’s Trade Unions in Imereti told journalists. “Yesterday crane drivers also refused to enter the plant.”

Administrative and laboratory staff have also joined the strike.