Stricter border checks for Africans and Asians arriving in Georgia

Stricter border checks for Africans and Asians arriving in Georgia 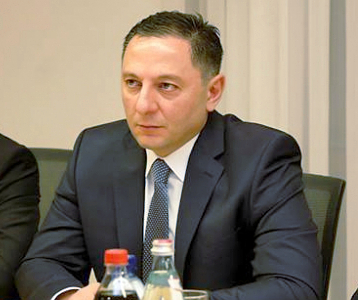 TBILISI, DFWatch–Georgia is introducing stricter border checks for visitors from Africa and Asia in the wake of the terrorist attacks in Paris.

Head of Georgian intelligence Vakhtnag Gomelauri said on Wednesday after a session of the Crisis Management Council that the measures are taken in order to prevent people from using Georgia as a transit country on the way to Syria to join ISIS.

The session was called in order to consider new measures after the Paris attacks on November 13.

“We decided that from this morning, there will be stricter control on the borders, mostly for people arriving from Asian and African states,” Gomelauri continued.

He said a few tens of people have been prevented from crossing the border. Security measures will be reinforced at strategic installations as well.

Defense Minister Tina Khidasheli, who also attended the session, told journalists that Georgia is not expecting any immediate threats, but there are still plans to provide maximum security in the country.

Two days ago, the State Security Service said it is investigating Georgian-language websites promoting ISIS and calling on Georgian Muslims to join the terrorist organization.