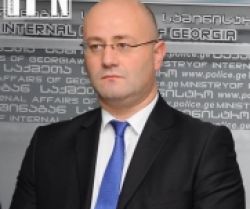 Tbilisi, DFWatch – Levan Izoria, a deputy head of State Security Service (SUS), and Ketevan Tsikhelashvili,  deputy minister, were appointed as replacements of the ongoing ministers of defense and reconciliation respectively.

The incumbent ministers, Tinatin (Tina) Khidasheli and Paata Zakareishvili, were members of the Republican Party which split with Georgian Dream after the ruling coalition was dismissed.

Levan Izoria served as a deputy minister of interior before his appointment at SUS, while Ketevan Tsikhelashvili was a deputy State Minister for Reconciliation and Civic Equality for years. Before that she chaired a Tbilisi-based think tank, Liberal Academy Tbilisi.

Tina Khidasheli hailed Ketevan Tsikhelashvili’s promotion, stating that takeover of the Defense Ministry by SUS was mitigated by “joy of your appointment”  in a  Facebook post addressed to the new minister.

“I think that Prime Minister makes a mistake,” Khidasheli said to journalists on Monday. “It is not a good message to everyone – to our partners (abroad), as well as inside the country. At first Alasania, a civilian, open minister, then Khidasheli was replaced by Security (Service). This is an unhealthy trend.”