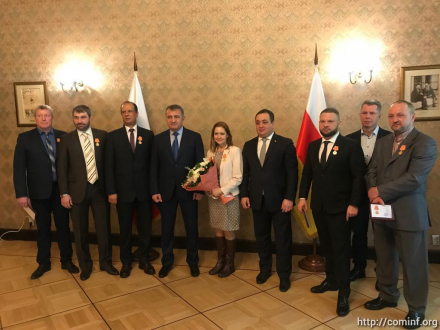 The event in Moscow on Tuesday honored a number of journalists with medals dedicated to “the 10th anniversary of the Victory of South Ossetians in the Patriotic War” in August.

Among the recipients of the ‘state award’ were reporters, producers and cameramen at Russian state TV channels, RT, VGTRK and TV Центр (TV Center).

“On behalf of the people of South Ossetia, I am honored today to give the state awards to those Russian journalists who showed bravery, courage and genuine heroism when covering tragic events of Georgia’s vicious aggression,” said Anatoly Bibilov at the award ceremony.

Among the award winners are: