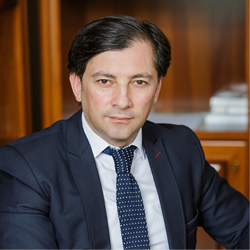 Vice president of breakaway Abkhazia has stepped down after an incident when he was hit by a glass to his head, saying that plans to retaliate in “Abkhazian spirit”.

“I consider it’s necessary to resign, because I can not defend my right and my honor even on such a high office. I have such an opportunity to act only in Abkhazian spirit, thus I need to step down,” Vitali Gabnia, Abkhazia’s de facto vice president, said.

The incident occurred last week during a meeting with the unidentified individuals when one of them, according to Gabnia, approached him from behind and hit with a glass of water to his head.

Vice president claims he hasn’t able to defend his honor by legal means and has to resign in order to punish the offender himself. Although it was not reported exactly what kind of retaliation Gabnia meant, it clearly relates to some kind of physical confrontation.