So what about the NATO-Georgia relation?

So what about the NATO-Georgia relation? 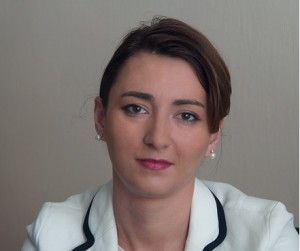 On 11th of May Radio Free Europe/ Radio Liberty published an interview with NATO Secretary-General Anders Fogh Rasmussen. It might not raise big interest amongst Georgian media if it would not be right before the NATO Summit on May 20-21, and the question about Georgia has not been raised by the journalist, writes Eka Gigauri, Executive Director of Transparency International Georgia.

When Radio Free Europe’s journalist asked whether Georgia “who has made enormous commitments in Afghanistan” is any closer to NATO membership, the chief of NATO said that the Chicago Summit will not be an enlargement summit, however NATO will definitely acknowledge “the progress Georgia has achieved during recent years”. All these will be acknowledged at NATO’s summit declaration. The Secretary General also mentioned the meetings where Georgia’s official delegation would take part. The first one is ISAF meeting on Afghanistan. Second – a special-partnership event, “a gathering of 13 partners across the globe that contribute to NATO operations”, as Georgia is considered as one of the largest contributors to NATO’s operation in Afghanistan. And thirdly, Georgia will also participate in an aspirant-countries’ meeting at the level of foreign ministers.

So what might be expected or in other words what will be acknowledged by NATO in its declaration? Surely Georgia’s participation in international campaigns will be mentioned and appreciated. Several words might be said about the achievements of Georgia in fighting petty corruption and concrete reforms conducted in the country. However, the need in free electoral and media environment and independent judiciary might be emphasized as well. The most recent ENP progress report talks about the same things. So most probably a country with such problematic areas will not be considered by NATO member states as a full member of NATO “family”. Needless to say Georgia should share with them common values not only at declaratory level but at implementation level as well.

Unfortunately, we must admit that the majority of Georgia’s population is not aware about the concrete conditions that Georgia needs to meet in order to become a NATO member state. Everybody agrees that Russia’s factor plays a crucial role and creates “political obstacles” for Georgian government. But this is not the only obstacle for our country. There is some homework that must be done internally, which is mostly related to the developments of democratic order in the country, strengthening of democratic institutions, development of independent media and judiciary system, strengthening the parliament and development of the strong and reliable civil society and most importantly ensuring democratic elections in the country. By doing this Georgia becomes the country which shares the system of principles common to the NATO and EU member states and makes it a real member of the family.

But why this is so important? The recent developments in the world politics changed the modern security landscape. As a result of these changes in the political environment, the new kinds of threats arose which were less known in previous times. States consider new security issues ‘revolve’ around economy, governance structure, environment and social welfare concerns. In addition to that, along with the globalization a security provision process has been not limited to the borders of one country and even the region only. Human security issues such as undemocratic government orders, violations of fundamental human rights, ineffective social policies are considered as crucial threats to the western society. That is why today, more emphasis is made on the necessity of development of communities of countries with common values. NATO and EU are these kinds of communities (Deutsch called such communities “security communities”), foundation of which is dependent on strong “we-feelings” common understandings of different policies.

In fact there is a huge difference in how our and western governments assess same facts and occasions. For instance, not independent judiciary or selective application of law especially against the political opponents can be witnessed very often in Georgia. For the Georgian government the use of police force against a demonstration is an action against hooligans and criminals, for others this might be qualified as an excessive use of force by the state against its opponents. In EU and NATO good law and its implementation is crucial. In Georgia there is a huge gap between the law and practice. Though Georgia has in general a legal framework which is in accordance with international standards, nevertheless as some surveys show the main problem of the country is the implementation of laws.

But of course having these kind of problems does not mean that we will not have the attention from the Western world in the nearest future. Georgia is still an interesting partner for NATO and EU. The scientific explanation for this might be the one which is discussed in “security communities” theory, where any community, and for our purpose namely, NATO and EU, tries to expand and create a safe ‘periphery’ around its borders to ensure the security of its own community. For this purpose, it creates relevant mechanisms to spread its system of values and norms first of all in the neighboring regions and countries. In case of EU and NATO it is respectively EU’s Neighborhood and Eastern Partnership initiatives and IPAP, which represent at the same time a list of conditions for partner countries as well as incentives (list of possible cooperation areas), which are necessary for the partner and possible common interests for cooperation. Based on the above mentioned it might be said that NATO and EU want to have especially at their borders governments with strong political will to develop democratic order in their states and thus create the “save periphery” around them.

Georgia has long way to go. Let’s once more carefully think about what Rasmussen said in November 2011: “Our message today is keep up the momentum; keep strengthening your democracy; keep building the pillars of free and democratic state, the rule of law, the freedom of the judiciary and the media, fight against corruption, the involvement of civil society”. “In particular keep the momentum in electoral reform. The elections in 2012 [parliamentary] and 2013 [presidential] will be a litmus test of your democracy and we are looking forward to seeing the necessary reforms introduced.”