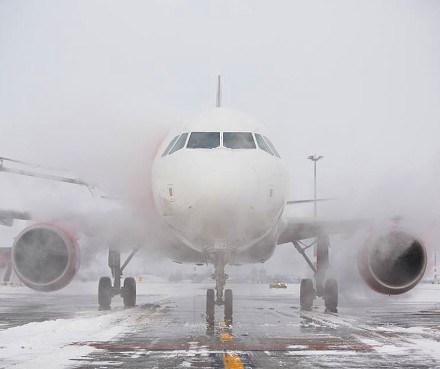 TBILISI, DFWatch–Several flights were delayed at Kutaisi International Airport on Saturday due to ice.

The airport informed that the flight to Thessaloniki, Greece was cancelled, while also  flights to Warsaw, Poland and Budapest, Hungary were delayed for one day.

A flight to Sofia, Bulgaria is not delayed and will be carried out at 14:30 today, as planned.

A plane from Munich landed in Tbilisi instead of Kutaisi due to snow and ice.