Should unmarked police cars be equipped with video cameras?

Should unmarked police cars be equipped with video cameras? 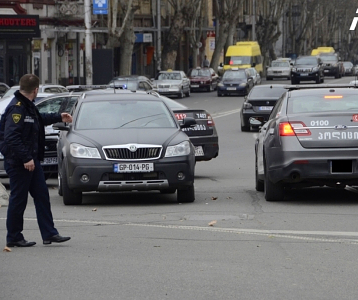 TBILISI, DFWatch–A proposal to put cameras in unmarked police cars and use video recordings to fine drivers for traffic violations is met with suspicion in Georgia.

According to the bill, police will be entitled to install secret video cameras in unmarked patrol cars and secretly record traffic violations, which later will be used to fine drivers without police ever being in contact with the driver.

Non-government organizations do not like the proposal, which was put forth by the Interior Ministry, and several political parties have said they will not support it, including the Republican Party, which is member of the ruling Georgian Dream coalition.

Spokespersons for Georgian Dream say there are mistakes in the draft bill, but it is not clear whether they will support it or not. Gia Volsky, head of the Georgian Dream faction in parliament, says he believes that there will be tough discussions about this part of the bill. He said that his party plans to gather next week and decide what to do.

The government has requested that the bill go through a fast-track procedure during parliament’s fall session, but it is still hard to say whether parliament will pass it or not, as the assembly has barely started discussing it.

Transparency International Georgia claims that the draft violates human rights guaranteed by the Constitution, offends rules for processing personal data and might lead to abuse of power by the Ministry of Internal Affairs.

TI Georgia explains that unmarked patrol cars will be able to collect information about the personal contacts of people, their movement, social attitudes etc, which is a violation of privacy.

Eka Gigauri, executive director of TI Georgia, explains that under today’s rules, it is necessary to get permission from a court before installing secret cameras, wiretapping and surveillance, otherwise you cannot collect information without informing the person under surveillance.

“We believe that [the bill] violates the Constitution, our legislation and a number of international laws,” she said.

Drivers will have to think that each car approaching them might be recording video.

Public Defender Ucha Nanuashvili said the bill contains risks and he wants it to be discussed broadly and thoroughly.

Today, legislation requires photo and video equipment to be installed in a visible location.