Should media be allowed to film inside election precincts?

Should media be allowed to film inside election precincts? 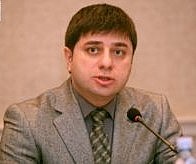 TBILISI, DFWatch–Georgia’s inter-faction group to oversee the election asks the Central Election Commission (CEC) to lift restrictions on the media in election precincts.

Former head of CEC Zurab Kharatishvili last year enforced restrictions on where journalists are allowed to go on Election Day.

After a campaign by non-governmental organizations (NGOs) and media, the restrictions were eased slightly compared to the first draft.

The legislation allows video and photo shooting at election precincts. Amendments were done to the Election Code after the government followed recommendations from the Council of Europe’s Venice Commission and prohibited video surveillance at precincts, arguing that people wouldn’t make a free choice in front of cameras.

In order to make it possible to record the situation at precincts, video and photo shooting was allowed, and this change came into force in 2011. Video and photo can be used as evidence for complaints in the courts in case of violations.

Last year, CEC unexpectedly decided to prohibit video and photo shooting in precincts, which was allowed under legislation in force at the time. CEC argued that the presence of photo and video cameras may be perceived as pressure on the voters and this could interrupt the election process.

After a campaign by NGOs, who were worried that without a media presence, violations could go unnoticed, CEC decided to allow photo and video shooting, but only from a single spot at precincts, and if journalists moved away from their designated spot, they would be thrown out of the precinct.

Since the presidential election is getting closer, the issue is again on the agenda, and on Friday the inter-faction group, a government committee meant to deal with potential election violations, asked the CEC to allow journalists to work normally at precincts.

Zakaria Kutsnashvili, a member of parliament from the Georgian Dream coalition and head of the inter-faction group, says that the goal of the coalition is to conduct a free and fair election and this cannot be achieved if the media have to work under such restrictions.

The group recommends that CEC reconsiders the decision made before the parliamentary election and amends the regulations.

Among the regulations, there is a rule that if a photographer or cameraman once leaves the designated spot, they aren’t allowed to return.

The new head of CEC, Tamar Zhvania, says she cannot say whether the election administration will amend the rules or not, but she says the CEC will look at the issue.

Nine votes in the CEC are needed to amend a regulation.