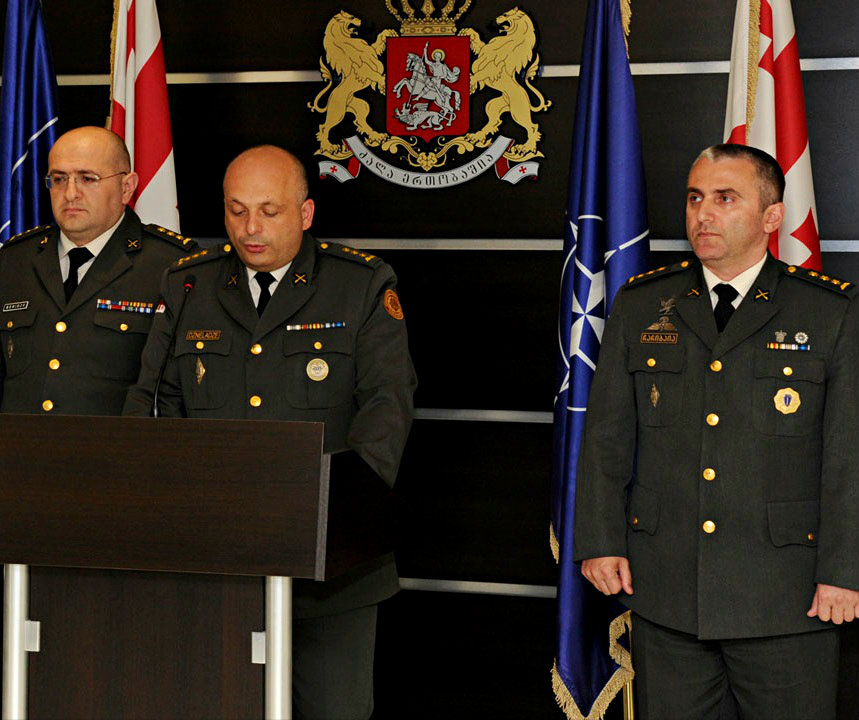 President Mikheil Saakashvili has called for a national day of mourning on June 7 and asked that all the flags be lowered.

The Ministry of Defense on Thursday informed that a suicide bomber blew himself up close to the Georgian base in Helmand Province.

“The terrorist blew up a truck in the base. Unfortunately there are wounded and dead. Six soldiers died,” the ministry informed, then later corrected the death toll to seven.

According to the ministry, the nine wounded do not have life threatening injuries.

“I want to express my condolences to the families of those heroes,” Defense Minister Irakli Alasania’s statement reads. “They are patriots, who sacrificed their lives for Georgia’s secure future.”

He said that despite the attacks Georgian soldiers will not give up, but continue to participate in the ISAF mission.

Thursday morning a video was posted on Youtube under the name Taliban Jihad Against Georgian Troops in Afghanistan.

Georgian military analysts said the video doesn’t bear signs that it is really made by the Taliban. Government officials only commented that the video is in the process of being analyzed and provided no details. But on social networks in Georgia, people are seeing the video in connection with the attack.

President Mikheil Saakashvili expressed his condolences to the families of the soldiers who were killed. He said that serving in Afghanistan ‘is a very difficult mission.’

“As the mission gets closer to the end, it becomes more difficult, full of resistance and risky for Georgian soldiers,” he said.

The president noted that Georgian soldiers being in Afghanistan serves to strengthen the country, to establish its place on the map.

“If we will be strong along with strong alliances, if we will be able to relate our security to the global security, Georgia will survive as an independent state.”

Prime Minister Bidzina Ivanishvili also expressed his condolences to the families, while NATO Secretary General Anders Fogh Rasmussen sent a letter of condolence to President Saakashvili, where he praises the service of Georgian soldiers.

According to the latest information, special measures are taken on the locations of the Georgian battalions and currently Georgian soldiers fully control the situation in its areas.

Less than a month ago three Georgian soldiers died in Afghanistan as a result of an insurgent attack.