Senaki partly evacuated due to flooding

Senaki partly evacuated due to flooding 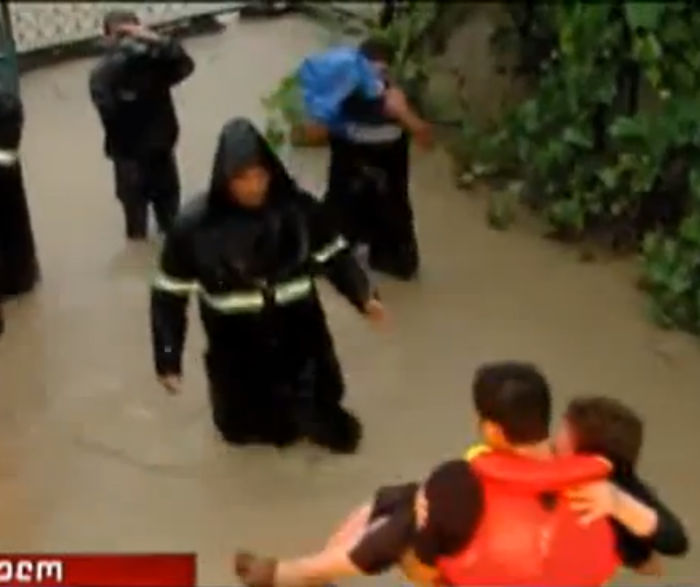 A civilian being rescued in the streets of Senaki, a town in western Georgia. (TV9.)

TBILISI, DFWatch–Part of Senaki in western Georgia has been evacuated because of flooding.

Local reporters say more than 70 families have left the town. Hundreds of houses are underwater. The markets, theatre and other facilities are also hit, and car traffic has been rendered impossible. Some cars were carried away by the flood.

The rising levels came after two days of rain in the Samegrelo region. Locals cannot remember such a flood for decades. In some places, the water level is higher than 50-60 centimeters. The flood has also killed livestock.

No casualties have been reported.

Emergency service employees say elderly people, women and children have been brought to higher lying villages for reasons of safety. They say houses were flooded because of a damaged drainage system in the town.

Emergency workers are helping the local population to deal with the situation. For safety reasons, electricity has been cut and most houses in Senaki are without power.

TV9 published this video of the flood: http://www.youtube.com/watch?v=rdIiNuwi2H4#at=62