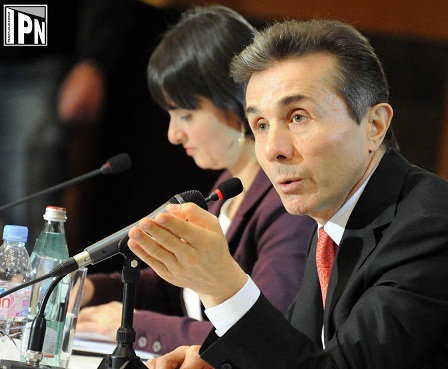 The issue surfaced when the 2013 budget was presented to parliament, showing that the new government had cut financing for the Security Council from USD 15 million during Mikheil Saakashvili’s government to just one million USD.

When asked, the finance minister explained that the Security Council’s spending was too vague, and the government considered it correct to reduce the financing.

At a press conference Monday, Prime Minister Bidzina Ivanishvili said that Giga Bokeria, Secretary of the Security Council, should explain why the council’s spending is top secret.

“For some reasons it was top secret, but I guess it’s no big secret,” he said. “They were spending money on lobbyists.”

The PM said the government has asked the prosecutor’s office to investigate the findings.

The PM said the Security Council this year asked for 30 million lari in financing, but when the finance minister asked for an explanation, they didn’t provide any and agreed on getting their financing cut to one twentieth of what it was.

“Let’s here him say how the body will be sustained on a twentieth of the financing. Let’s see Bokeria be ahead of the prosecutor’s office and say why they needed this money,” he said.

Giga Bokeria responded the same day, writing in a statement that the new government is continuing its ‘campaign of threats’ against everyone who criticizes it.

The Secretary of the Security Council claims his body provided the Finance Ministry with detailed information regarding this year’s expenses, as well as planned expenses for 2013.

He drew attention to an earlier statement about the PM’s earlier accusations about the expenses of the body he chairs, while the finance ministry ignored a proposal to hold a meeting to review in detail what was spent and what the council has been doing with the money.

“We only learned from television that the new government doesn’t think it is reasonable to finance projects of national security.”

Bokeria explains that the major expenses in 2012 and planned expenses in 2013 are related to deepen the strategic partnership with the US, defense and security issues, NATO and EU integration, building a democratic state and economic cooperation.

“It is unfortunate that the new government didn’t consider those areas a priority for the country in the 2013 budget.”

The Security Council considers this a wrong decision which may impact the country’s interests, Mr Bokeria writes in the statement.