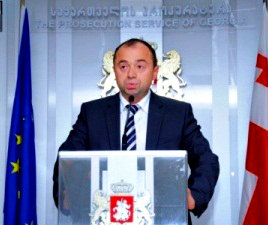 TBILISI, DFWatch–The Prosecutor’s Office and the Prison Ministry have discovered a secret archive of prison videos.

At a meeting with journalists, Prison Minister Sozar Subari said that when the government came to power these kinds of archives were put away, but an investigation has revealed a small part of a secret video archive.

“I don’t know yet what is inside, as this happened about a week ago,” the minister said, adding that he cannot comment about when or where it was made.

The material is connected to an ongoing investigation at the Prosecutor’s Office.

In September of 2012, a few weeks before the parliamentary election, several videos were unexpectedly shown on Georgian television. The clips displayed physical and sexual abuse of prisoners and caused massive street protests, and led to the resignation of the prison and interior ministers.