School closure in Georgia extended four days due to virus

School closure in Georgia extended four days due to virus 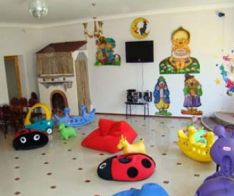 Kindergartens and schools will remain closed at least until the end of the week, due to an outbreak of viral meningitis. (Interpressnews.)

TBILISI, DFWatch–Georgian kindergartens and schools up to sixth grade will remain closed until the end of the week to deal with an outbreak of viral meningitis.

The schools should have been opened today, but Health Minister Davit Sergeenko announced Monday that they will remain closed for four more days.

“A positive dynamic is evident.”

He continued saying that so far, there is sign of improvement in Tbilisi but not other places, and that’s why they decided to recommend an extension of the school closure.

Sergeenko said he hopes it won’t be necessary to keep the schools closed another week.

When the closure was first announced, the Health Ministry said it was in order to carry out ‘extra sanitary measures in schools.’ Staff were shown in the TV news working their way through school buildings carrying disinfectant equipment going over walls and other surfaces.

There are now 306 confirmed cases of viral meningitis in Georgia in the last two months.

Sergeenko said earlier that all cases are of either mild or medium severity, and that there is no reason for panic. Georgia also had outbreaks in 2010 and 1006.