School children in Tbilisi harassed due to teacher neglect

School children in Tbilisi harassed due to teacher neglect 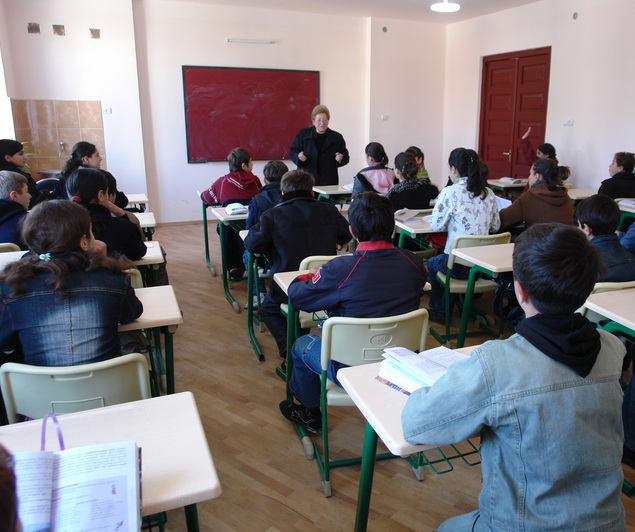 School children in Tbilisi are being harassed because of their religion, ethnicity, appearance or other reasons, a new study shows. (Ministry of Education.)

TBILISI, DFWatch–A new study has found that children in Georgian schools are verbally and physically harassed because of their ethnicity, belief, appearance or for other reasons.

The study is based on interviews with all pupils from 8th to 11th grade at six public and one private school in different districts of Tbilisi.

It was conducted by Georgian Centre for Physiological and Medical Rehabilitation of Torture Victims (GCRT) together with Partnership for Human Rights, Nonviolent Communication Institute and others.

Psychologist and researcher Nato Kvavilashvili says that in these seven schools, teachers ignore the children, especially during breaks, and this raises the risk of bullying. Pupils interviewed told of violence in their classrooms.

It appears teachers even engage in abuse against the children themselves, often making comments about their looks and sometimes mentioning their parent disrespectfully. Also, pupils are discriminated for their ethnicity or religious beliefs.

“I have one classmate, she’s Jewish. Last Friday, our teacher wished us Christian weekend and then applied to that girl saying “not you, of course,” one pupil told the researchers.

Children told stories about how the teachers hit them in head, took their phone and threatened to throw it out of the window and destroyed their headphones.

About a month ago, another human rights group, Human Rights Education and Monitoring Center (EMC), found similar results after interviewing teachers in public schools in Tbilisi.

Comments made by teachers about children with different religious beliefs included: “To be a Georgian is similar to being a Christian”, “Popularization of orthodoxy is my, as an orthodox’s duty, how can I teach them Martyrdom of the Holy Queen Shushanik?”; “Unfortunately we have pupils who are Jehovah’s Witnesses. I say “unfortunately” because for me it’s unacceptable that a Georgian is a Jehovah’s Witness”.

According to the Public Defender’s 2013 report, there was no improvement in terms of freedom of belief in public schools last year. Ombudsman Ucha Nanuashvili said children with different religious beliefs are not protected from psychological, moral and physical harassment.

“A climate of discrimination and closed space creates a feeling of danger, making problems for representatives of minorities. (…) Parents and pupils refrain from talking publicly about discrimination in schools,” the ombudsman’s report says.

In its recommendations to the Ministry of Education, EMC writes that the ministry has not realized the severity of the problem of violations in schools.

GCRT and partner organizations are ready to collaborate with the ministry and aim to strengthen the existing concept for safety in schools and start an open dialogue about violence.