Saakashvili’s party under pressure in Tetritskaro

Saakashvili’s party under pressure in Tetritskaro 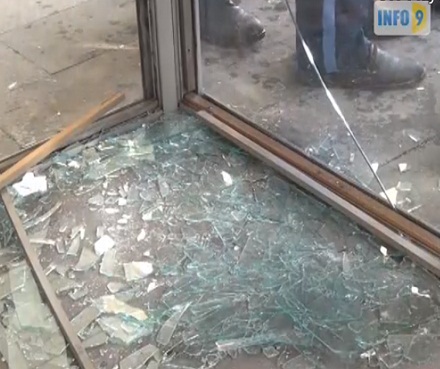 Demonstrators in Tetritskaro demand a change of local government. (Info9.)

TBILISI, DFWatch — Friday, another rally was held to demand the resignation of the local government in a small town in eastern Georgia.

The population of Tetritskharo, which lies in the Kvemo Kartli region, doesn’t want the former ruling party to govern their town, but instead want Georgian Dream coalition representatives to take over.

The rally on Friday was held in front of the local government building. Participants blocked the entrance and prevented employees from entering the office.

Participants say they will continue until the governor and head of the local council resign.

Later, police intervened and let a few employees enter together with the governor, which was followed by a confrontation between the police and demonstrators.

The rally was planned a day before with an announcement that people would block the entrance of the building.

One of the rally participants told info9 that the governor didn’t even wish to talk with protesters.

“They have been here for nine years, why can’t they have the conscience to resign?” Gocha Gasviani, one of the local says.

Zurab Tsereteli, Governor of Tetritskaro, told journalists that despite the rally there were no problems in their ordinary work and they continue working normally.

This type of rallies has become common in different towns and regions all over Georgia. After the change of government in October, people demand that local government representatives resign, as they represent the National Movement, the former ruling party.

The next local election will be held in 2014, after the presidential election in October 2013.