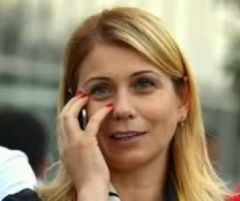 TBILISI, DFWatch — Two more members of parliament for the National Movement have left their party’s faction in the last few days.

The party of President Mikheil Saakashvili is now down to 55 representatives in the assembly of 150.

Speaker of Parliament Davit Usupashvili said on Wednesday that Giorgi Peikrishvili from the parliamentary minority has left his faction. Peikrishvili is a majoritarian candidate for the National Movement in one of Tbilisi’s districts.

February 4, another MP for the National Movement, Marika Verulashvili, left the minority. Her short statement doesn’t explain the reasons for why she left, and she has not said whether she plans to join another faction.

Since October 21, nine members of parliament have left the National Movement. The first six formed their own faction as independents.

Parliament is to review constitutional amendments in the near future. A two third majority of 100 votes are needed to pass such changes. The Georgian Dream coalition is nine votes short of a constitutional majority. It is yet unknown whether the MPs who left the UNM will support them or not.

Representatives for the National Movement have said they are under pressure from the government to vote with the constitutional majority.