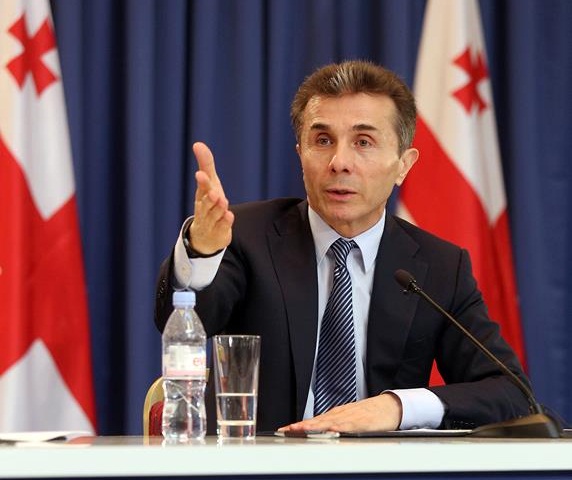 TBILISI, DFWatch — The opposition National Movement party in Georgia compares Prime Minister Bidzina Ivanishvili with Hugo Chavez and Fidel Castro after statements he made at a press conference Tuesday.

Ivanishvili was summing up his first hundred days of being in government, and spoke about the changes that have taken place in the country.

He said President Mikheil Saakashvili, and his close allies Vano Merabishvili and Gigi Ugulava, the Tbilisi Mayor, are in a state of panic and are trying to scare the population.

Merabishvili, Secretary General of President Mikheil Saakashvili’s party, the National Movement, said the only thing which has become cheaper is drugs.

He told journalists that the PM today planned to sum up his first hundred days in government, but instead spend 90 percent of the time speaking about the National Movement.

“I’ll try to evaluate his 100 days in government for him,” he said. “There has been a significant increase in crime, the economy is destroyed and promises have gone unfulfilled.”

The former Interior Minister said that so far, 885 employees of Tbilisi City Hall, 1 425 local government employees, 4 450 social workers and more than 1 200 UNM activists have been questioned. This includes teachers, doctors and people of other professions, he said.

“Ivanishvili speaks about lower prices, but the only thing which has become cheaper is drugs, and we notice it everyday in the streets, halls and other places,” he said.

Akaki Minashvili, member of parliament for the UNM, compared the prime minister’s appearance at the press conference with Venezuelan leader Hugo Chavez and Cuba’s Fidel Castro.

He said each of the prime minister’s speeches is full of demagogy and that he is aggressive towards critical questions.