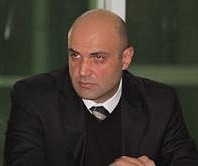 The National Movement party’s representatives say the reason is that they dislike statements made by the parliamentarians for the governing Georgian Dream coalition.

Under Georgian legislation, constitutional amendments must go through a process of public hearings before being presented to parliament. The process lasts about one months and involves meeting with different groups in different regions. Remarks and corrections expressed at those meetings must be incorporated into the final draft.

The public hearing process is handled by a commission staffed by representatives of the majority, the minority and civil society.

This time, the constitutional amendments will, if passed, remove that article in the constitution which defines the location of the parliament, and a second amendment will reduce the president’s power to dismiss the government and parliament.

Saakashvili’s party disagree with both changes. Thursday, at one of the meetings in the regions, party representatives decided to leave the commission.

They were reacting to a statement made by Zakaria Kutsnashvili, member of parliament for Georgian Dream. He said the government has spent 360 million in order for this money to be appropriated by someone.

“I asked Kutsnashvili to specify who and what he meant. He said he meant generally the National Movement. I’m member of the United National Movement (UNM) and many others are. That’s why this statement doesn’t have morality, competence or collegiality,” says Giorgi Tevdoradze from UNM. He adds that Kutsnaishvili is a lawyer, and ought to know that there is something called the presumption of innocence, which doesn’t give him the right to accuse people so carelessly in public.

Parliament majority representatives are not yet commenting.