Saakashvili removes the bill on courts from the parliament’s schedule

Saakashvili removes the bill on courts from the parliament’s schedule

Tbilisi, DFWAtch – President Saakashvili on Monday barred Parliament from voting on the bill which according to the government will ‘depoliticize’ courts while United National Movement, the former ruling party, regards it as an attempt to drag judiciary in the hands of Bidzina Ivanishvili, the prime minister.

Parliament will review the draft in the next week and it is expected that Saakashvili will probably veto it.

However, the president said that more negotiations needed in this regard and if the parliament adopts the bill overlooking opinion of the UNM it will cost Georgia ‘European course’, i.e. European integration.

The draft law authored by the Ministry of Justice strips the president right of appointing members at ruling bodies of the judiciary. The power of Konstantine (Kote) Kublashvili, Chairman of the Supreme Court, who is thought to be close ally of Saakashvili, will also get reduced. 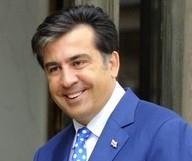 Parliament sent the draft law to the Venice Commission for reviewing and the Georgian Dream coalition postponed the process of adopting it before the Commission’s conclusion was published. The commission’s judgment was mixed, moderately praising the draft in general but rising some points to be changed. Ivanishvili’s team argues that they shared most, yet not all, of the commission’s recommendations. The UNM claims that the draft is unacceptable unless all recommendations are met. According to the former ruling party Georgia will have problems in a process of signing EU Association Agreement.

Davit Darchiashvili, MP from the UNM, claims that EPP’s statement is grounded on the Venice Commission’s conclusion and it is unacceptable to replace Judiciary brass changed along with changing political leadership of the country.

Opposition views must be taken into account while adopting such important amendments, Darchiashvili says.

The draft bill should have been reviewed on Monday’s session. However, Mikheil Saakashvili removed this issue from the schedule. That’s why the parliament decided to review the draft on a plenary session of April 3.

Vakhtang Khmaladze, MP from the Georgian Dream coalition, who chairs parliament’s judiciary committee, says that ‘it is quite expected that the new draft if adopted by the parliament get vetoed by the president.’

President already vetoed the law on amnesty but the parliament over-dropped the veto. Almost probably the next presidential veto will be over-dropped too.