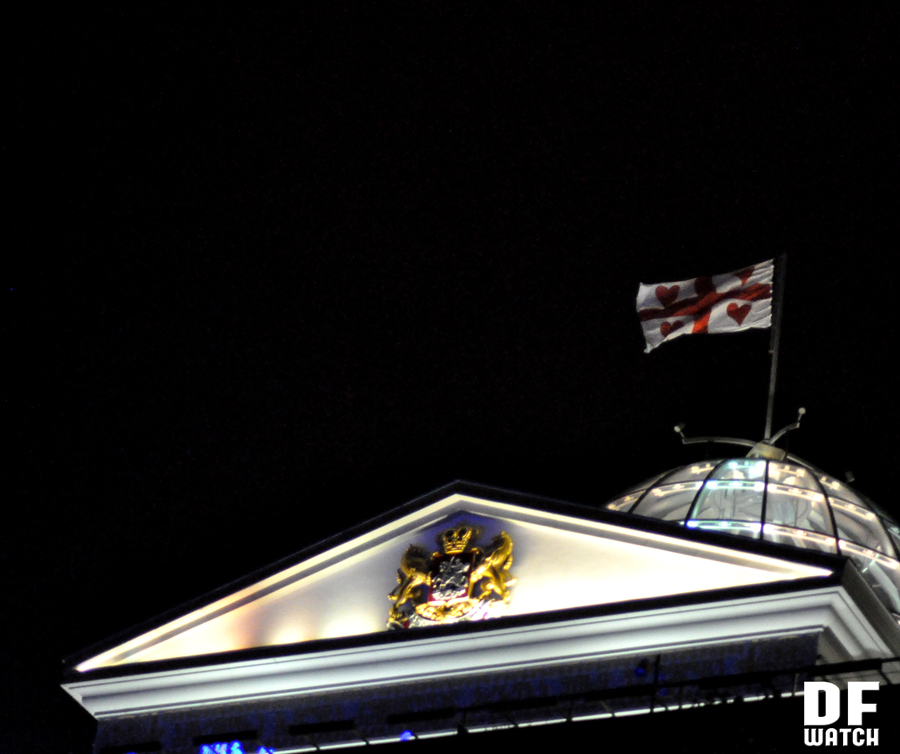 The flag has four hearts and a cross, instead of five crosses, as is on the Georgian national flag.

The government calls on the president to immediately remove the banner.

In a statement, the government says that Georgian law prohibits the use of other flags than the one defined by legislation as the national flag.

The law also defines that the national flag must be permanently raised at the presidential residence and changing the flag is a punishable offense.

“Raising another flag at the presidential residence building is a gross violation of Georgian legislation, and a non-serious attitude towards the country’s symbols is unacceptable from the president of the country,” the statement reads.

The president’s administration says the party banner flag with four hearts was raised at the Avlabari residence in connection with the filming of a music video.

Andro Barnovi, head of Mikheil Saakashvili’s administration, wrote on Facebook that the flag will be on the building just for one day because a video is being filmed in the residence.

“Tomorrow afternoon, the national flag will be back at the residence,” he added.

In the beginning of October, the National Movement presented a new party banner with four hearts.

In a comment on his Facebook page, President Mikheil Saakashvili recalled the history of the current Georgian flag and questioned why members of the new government are not wearing it as much as him.