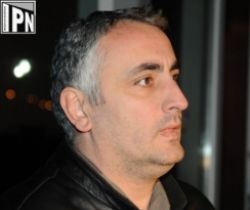 TBILISI, DFWatch–President Mikheil Saakashvili has pardoned the former governor of Samegrelo region, who was sentenced to four years in jail.

The investigation against Gunava started after the change of government in October 2012. Even though he was a suspect at the time, President Saakashvili appointed him governor of Samegrelo and said that appointing Gunava to this post was done in order to ‘retain what the former government built here.’ He said Gunava is a hero of the Russia-Georgia war of August 2008, a patriot and a very good citizen.

During the former government, Gunava was head of the Samegrelo police department and chaired the general inspection of the Interior Ministry. He was charged in several different cases and released on bail. In November he was detained for a crime related to weapons and drugs and released for 10 000 lari (USD 6 000).

Gunava said the accusations against him were made up and that a weapon and drugs was planted by the police. Based on this statement, the Interior Ministry fired five policemen who participated in his detention.

At the end of November, he was detained again, this time accused of appropriation and embezzlement of a large amount of state money, but again he was released on bail.

In January, the Prosecutor’s Office presented new charges against him, this time about a case which took place in March 2012 at the railway in Zugdidi. According to investigators, he had a scuffle with his own driver, brought out a gun and shot Bakur Gulua, former chair of the Special Operations Department of the police in Svaneti. He also shot the driver Kakha Izoria. Both were shot in their feet.

July 12, the court found him guilty and sentenced him to four years in jail.

On Monday, the president said he would pardon Gunava. On Tuesday, a decree was published which makes clear that Gunava also will be freed from the conviction against him.