People in Senaki are trying to cope with the flood

People in Senaki are trying to cope with the flood 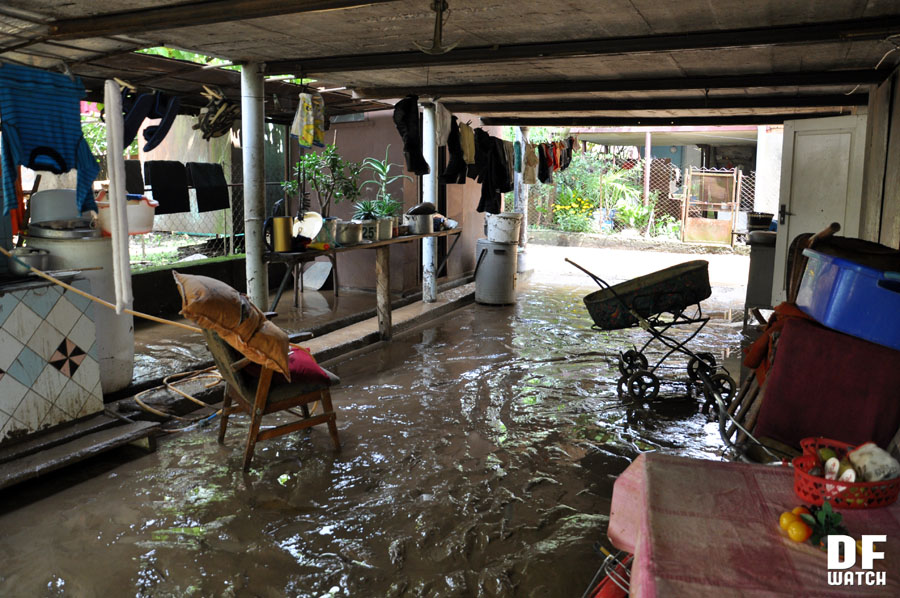 TBILISI, DFWatch–In almost every house in Senaki’s main streets, people are using spades to get rid of mud and water after heavy flooding on Monday.

Senaki is a small town in Samegrelo, in the western part of Georgia, with more than 25 000 residents. Elderly people say they do not remember having seen rain and flood like this for the last 25 years. The drainage system is damaged in the city. The channels were full of water which flowed into houses and basements and destroyed furniture and home appliances.

Merab Jghamadze, a teacher at the sports school in Senaki, usually brings his class to his house to train them in playing chess. He had dedicated a room for this on the first floor with chess tables for eight children and was refurbishing another larger room to train about twenty of them. But now the flood has damaged both rooms.

“I was doing this refurbishment from salary to salary, but now I have no heart to do it again,” he said. “I was planning to complete this room by winter and put in a firewood heater, but I won’t start it all over again.”

The other room is all covered in mud. The house had brick barriers against the flood, but the water rose higher than barriers and flowed into the house. 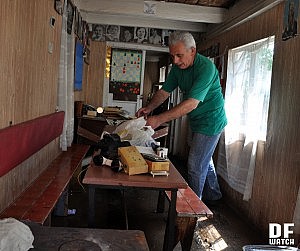 Jghamadze lives here with his wife and two children. During the storm he was at school and couldn’t get back before the rain had stopped.

Mainly houses on Rustaveli and Chavchavadze streets were flooded. Part of the population weren’t affected as their houses are in more mountainous places. Many of the affected families say no-one has so far come around to take account of their losses, and when they went to the local municipality, they weren’t allowed to write a statement, but only left their addresses for the commission.

Nana Tavartkiladze’s house, also a teacher, lies next to a water channel. The whole first floor of her house was covered by water and mud. Furniture was destroyed, also a wood parquet which was made back in Soviet times.

“When I looked from the second floor, whole my house and yard was swimming in water,” she remembers. “We managed to take out some equipment from the first floor, but who will pay for new parquet now?”

She and her neighbors are surprised by the ‘crazy rain’ that came on Monday. It was raining the whole day, but the heavy rain lasted only a few hours. Her neighbor Nani says she watched her car being lifted 50 centimeter above the ground, swimming in water, while her grandchildren barely saved their dog and rabbits from the water masses. 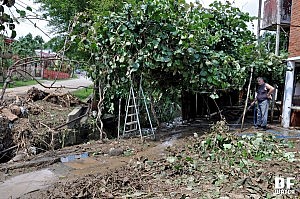 Nana Tavartkiladze’s yard is without a fence now. The steel fence was torn away by the flood water and now there lies a huge part of an old tree that the water brought here from the woods.

All of Tamar’s furniture, including her refrigerator, was destroyed; her clothes are lying in mud. She and her husband broke the wooden floor in order to let the water flow out. She and all the others complain that they do not have drinking water, which comes only a few hours a day, and in this difficult situation they find it hard to get rid of the mud without clean water. Tamar brought dirty water from water channel to use for basic cleaning.

The water didn’t come into the house of Lamara Tobchilava, but it flooded her basement and destroyed goods stored there for winter, like marmalade and jam.

Soldiers are seen cleaning up the streets and roads and public facilities, removing dirt and mud.

The rain has also affected the historical theatre in Senaki, which is 131 year old and needs rehabilitation.

Tsira Adamia, actress, who showed us the theatre, says that the theatre was on the list of buildings to rehabilitate by the local government, but it hasn’t started yet.

“It was raining here like outside. The decorations are all wet,” she says. 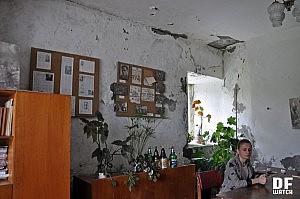 The roof is damaged. In 2008 the theatre was granted status as national heritage. Later in August it was bombed during the Russia-Georgia war and was damaged on one side. Afterwards, one wing of the theatre was repaired but is now being used as party office by the National Movement. The rest of the building is still in an alarming state and has only been painted on the outside.

The theatre is still functioning and holds at least four plays a year.

Kaladze said the government will try to cover all their losses, but first electricity and water problems will be solved.

About 70 families are now without electricity, he said. Narmania noted that by the end of Wednesday, the water supply will be restored.

“We visited houses. It is a difficult situation. We will discuss the problems with a local working group to decide how to assist the local population,” Narmania said. 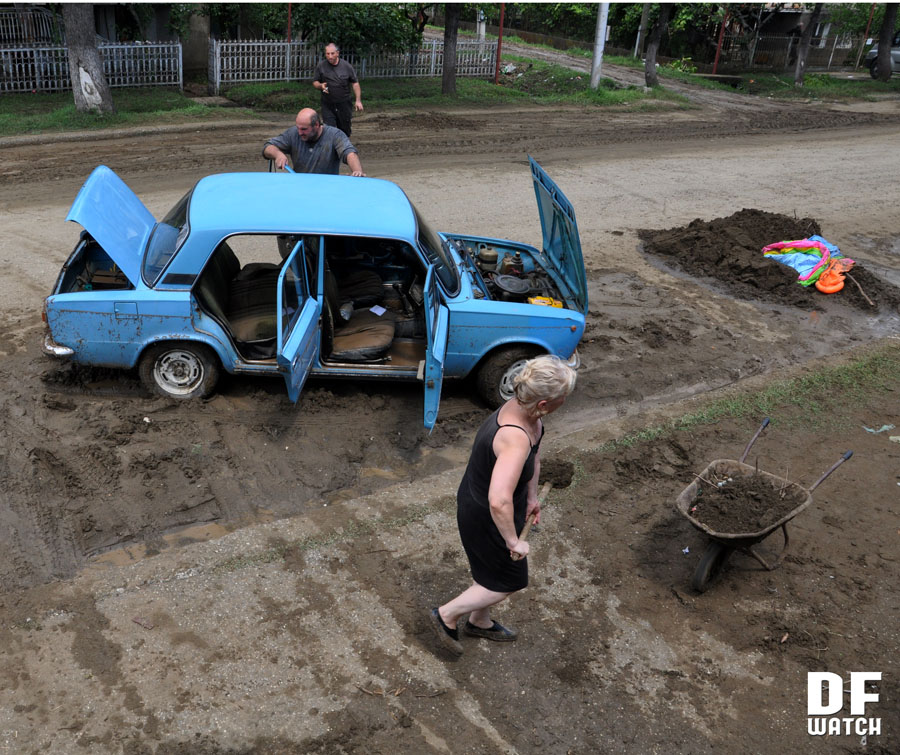