Saakashvili offers to give testimony, but only during trial

Saakashvili offers to give testimony, but only during trial 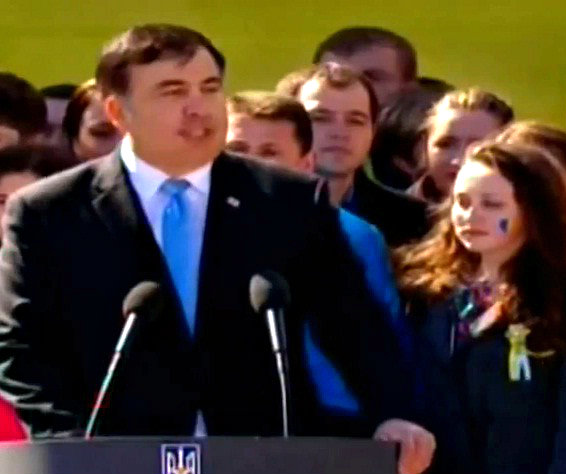 TBILISI, DFWatch–Former President Mikheil Saakashvili offers the current government his own rules of the game; rules which are against Georgian legislation.

The rules in question are about how to question witnesses in criminal cases. This issue has been a source of disagreement between members of the current government and particularly between former PM Bidzina Ivanishvili and President Giorgi Margvelashvili.

Under the current law, the Prosecutor’s Office can summon and question witnesses. People think prosecutors are taking advantage of this power to force witnesses to give the testimony they want, and in many cases human rights are violated in this process.

A few days ago, former Prime Minister Ivanishvili said that President Giorgi Margvelashvili, whom he had chosen as a candidate for president, disappointed him. Among the issues why the president disappointed him, he pointed out the decision to veto a bill about questioning witnesses. But the bill has been postponed in parliament again, so Margvelashvili didn’t need to use his veto powers.

Friday evening, Ugulava said that the ex-president is ready to give testimony, but only inj a court of law during a trial in a specific case. He said he learned about Saakashvili’s decision via a phone conversation with him.

“If there will be a trial and the judge considers it necessary to question Saakashvili as a witness to determine the truth in a certain case, of course, Mikheil Saakashvili is ready to switch via Skype and give testimony,” he said, adding that otherwise, the former president doesn’t plan to participate in a ‘mascarade.’