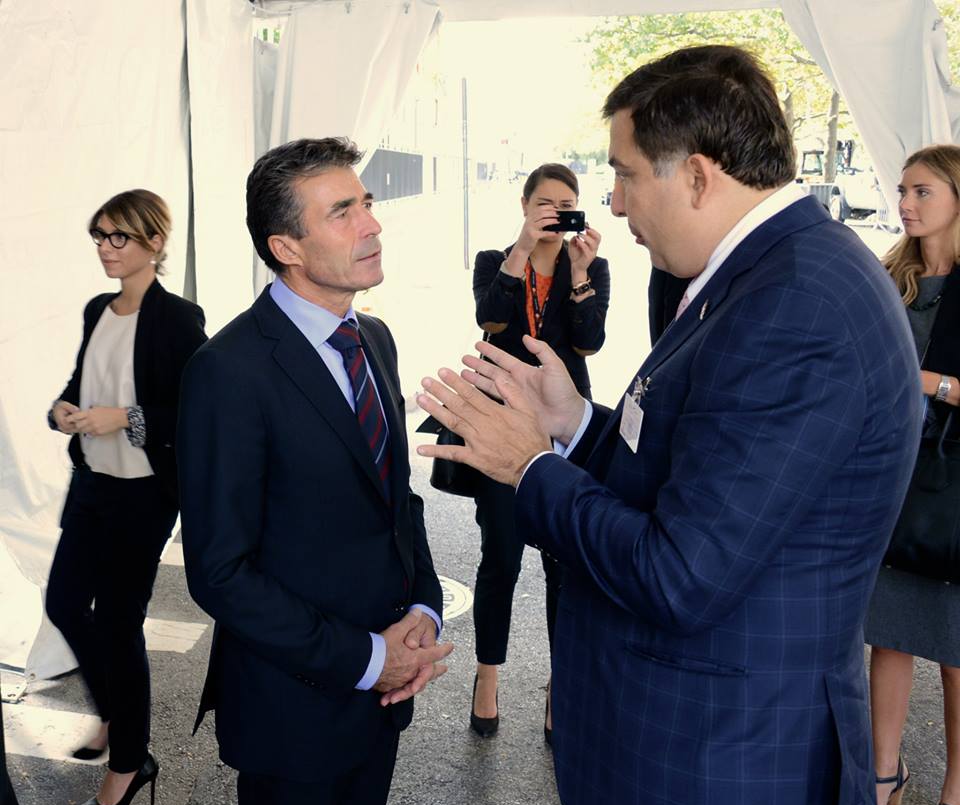 According to the president’s press office, Saakashvili spoke with Rasmussen about recent events in the villages Dvani and Ditsi on the border around the contested South Ossetia region where Russian soldiers are installing fences and barbed wire.

Saakashvili has been visiting New York for the last few days and today attended the 2013 Concordia Summit. https://www.youtube.com/watch?feature=player_embedded&v=0_5A6pqMGOk