Saakashvili loyalist may face a decade in jail

Saakashvili loyalist may face a decade in jail 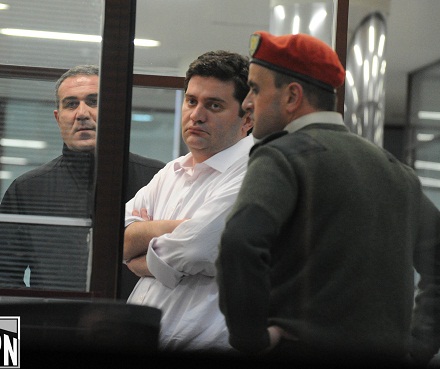 Bacho Akhalaia (center), who was interior minister just weeks ago, may face more than ten years in jail if found guilty. He denies the charges. (IPN.)

TBILISI, DFWatch — A former government official and Saakashvili’s loyalist was today officially charged with abusing his power and illegal deprivation of freedom.

His lawyers state that he denies the accusations in each case.

In addition, two of Georgia’s highest military officers, Zurab Shamatava, commander of the fourth brigade of the armed forces and Giorgi Kalandadze, head of the general headquarters, were also charged with abusing their powers.

All charges are based on testimonies and statements by specific persons, but the lawyers say none of the detained admit guilt.

The new government has however proposed to remove the provision which makes it mandatory for judges to add together prison terms.