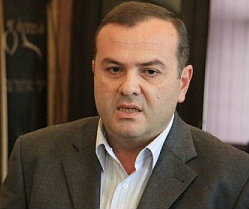 This time it was Davit Tsereteli, chair of the commission on urban planning, who decided to leave. He has already applied to the party.

Tsereteli told Interpressnews he plans to continue work as an independent MP, but he doesn’t exclude ‘consultations with members of other factions.’

He explained that the reason for his leaving was the discovery of videos that showed people being tortured during the previous government. He also mentioned as inspiration for his decision a letter by Koki Ionatamishvili, the previous council member to leave a few days ago.

UNM now has 22 seats in the council, while opposition members have 25. Ionatamishvili’s decision meant that the UNM lost its majority in the council.