Saakashvili ideologue to be adviser for new Ukraine president

Saakashvili ideologue to be adviser for new Ukraine president 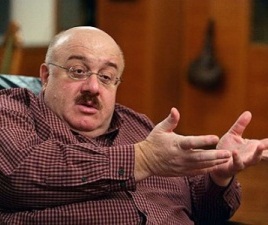 TBILISI, DFWatch–Former Georgian President Mikheil Saakashvili is not to advise the new Ukrainian government, but his economy minister, Kakha Bendukidze, confirms that he has been appointed as an adviser to Ukraine’s President Petro Poroshenko.

A few days ago, Ukrainian politician Vitali Klitchko said in a TV interview that Saakashvili and Bendukidze might be appointed as advisers by the new president.

This was greeted by members of Saakashvili’s National Movement party, but members of the government advised Ukraine’s government not to take such a step.

On Wednesday, Saakashvili wrote on his Facebook page that he doesn’t plan to hold a formal post in Ukraine’s government, because he has no time. He wrote that the successful reforms in Ukraine is important in the region.

The ex-president continued saying that during the last decade, Georgia has brought up a generation of young reformers who are willing to share their experiences with the new government in Ukraine.

“Tens of experienced Georgian reformers are already working in Kiev and other cities in Ukraine,” he wrote, adding that they are working on creating a unified public registry and electronic registry as well as houses of justice. Such systems is one of the well-regarded reforms his government has carried out in Georgia.

Bendukidze, the main ideologue of Saakashvili’s neoliberal economic policy in the years following 2004, confirmed the same day that he was appointed as advisor to Poroshenko. He said a five-member council has been created which will gather once a month to make decisions about the main issues in Ukraine’s economy.

“I think Ukraine is in a very bad situation today. In fact, it is in a wave of economic problems,” he said. “If I am able to do something, I will do my best. I call on every Georgian to support Ukraine how we can.”

There are two Canadian and two American advisers with him at the council.