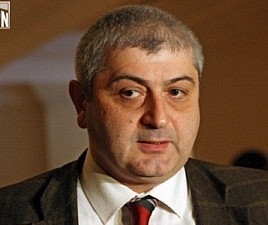 Nikoloz Vashakidze was appointed during the National Movement’s time in government. (Interpressnews.)

Vashakidze is one of the officials who have stayed over from the previous government. He avoided naming the details of his decision, saying that it is a topic for serious discussion.

Vashakidze added that he has not yet decided on where to work in the future.

Foreign Affairs Minister Maia Panjikidze said she regretted his decision and offered him to continue working in the diplomatic service; but he turned down her proposal.