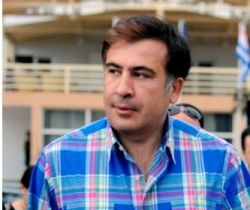 President Mikheil Saakashvili has issued a decree which gives a large number of his party tops the right to hold diplomatic passports for one year after they are dismissed, giving them the possibility to escape trial. (IPN.)

Georgian officials will, if they are fired, be able to use their diplomatic passports for one more year.

This means that they will be able to cross borders without any problems, which is not possible for ordinary citizen.

President Mikheil Saakashvili made this decision by issuing a decree, which is already in force.

According to the decree, officials who are fired or have served out their term, will have a right to use their diplomatic passports for one more year.

Georgian Dream, the coalition which won the parliamentary election, says controversial cases of Saakashvili’s government will be studied and the guilty will be punished.

But until specific cases have been studied, a number officials, who may be subjects of such investigation, will be able to leave the country without any problem.

The president and his wife may use diplomatic passports for the rest of their lives.