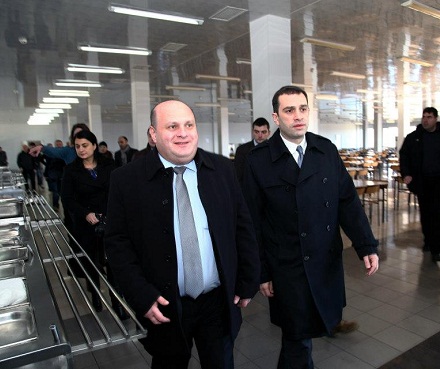 Speaking during a meeting with the defense committee about embezzlement of state money under the previous government, Alasania said the SIM cards had cost the state USD 18 000.

“On first thought, it is unclear why USD 18 000 was spent on this,” he said. “The SIM cards were given to the operative-technical department of the military police. Later, a 40-person group was set up in order to provide likes for the Facebook page of their political movement.”

The minister thinks this was incorrect expenditure and he also drew attention to the purchase of a large amount of satellite dishes on July 7 on Lilo market in Tbilisi. In this period there were attempts to interrupt satellite broadcasting in the regions, as in parallel of the purchasing, government seized tens of thousands of satellite dishes belonging to the opposition and independent channels.

Alasania claims invoices at the ministry confirm this.

This is not the first time the Defense Ministry voices accusations of misspending. A few weeks ago, Alasania and Finance Minister Nodar Khaduri visited military bases to find apartments belonging to former Defense Minister Bacho Akhalaia and another military officials and offered the ministry’s luxurious cars for sale.

Former Defense Minister Bacho Akhalaia has been held in preliminary detention since November, 2012. He accused Alasania of being ‘dishonest’ when making such accusations.

“Me and any military person are prohibited by law to speak about our defense and defense fences, which gives our country, cities and each soldier, huge force, and in case of aggression, Georgia is much better protected today than it was before 2008,” he responded in a letter.