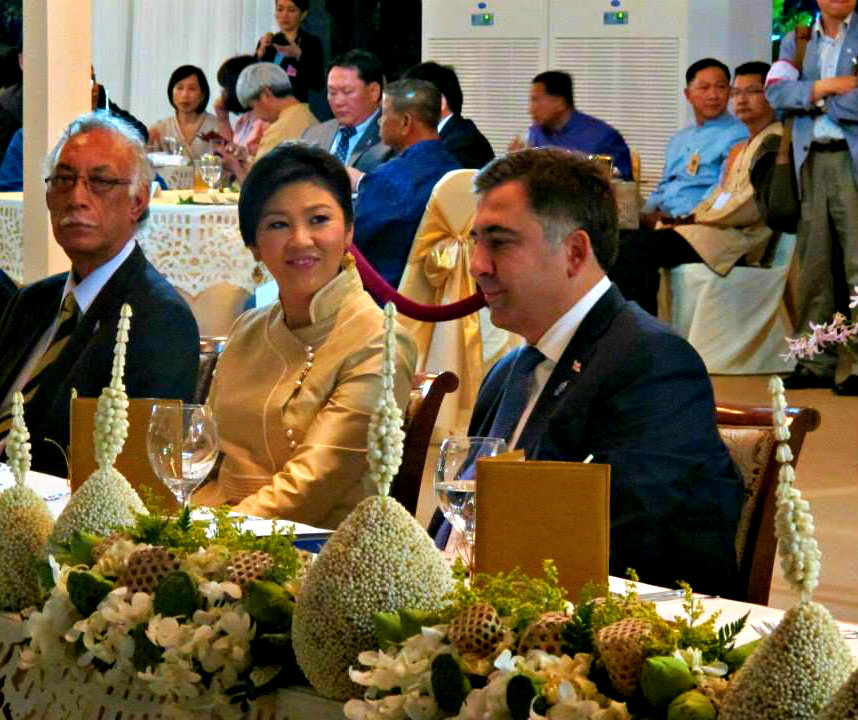 TBILISI, DFWatch–President Mikheil Saakashvili again asks members of the Georgian Dream coalition to go on visits abroad together with him.

The president on Sunday left for Thailand in order to participate in the second Asia-Pacific Water Summit, as well as to hold bilateral meetings.

Before leaving, he told journalists that in the current situation, Georgia needs diplomatic actions, while Russia attempts to legalize the occupation of Georgian territories.

“This is a summit of Asian countries and this is a place where a whole number of risk group countries’ representatives will come. But the problems is that our delegation arrived and there is no Foreign Affairs Ministry with us,” he said, adding that it is important that a minister also went on visits and work on issues which are significant for the country.

The president said he is surprised that the Foreign Ministry didn’t send anyone, when was well aware of the summit months ago.

According to its webpage, the summit aims to promote dialogue among regional leaders in Asia and the Pacific about water-related policy priorities and commitments and facilitate more effective regional cooperation in water security in that region.

Saakashvili said he plans to leave for Ecuador for the inauguration of the president there.

“Ecuador supports Georgia’s territorial integrity but there will also be risk group countries, which Russia actively cooperates with.”

The president said his offer to members of the parliamentary majority still stands to come with Georgian delegations. He said this would please him as there shouldn’t be differences in positions about foreign affairs issues.

Saakashvili expressed hope that the situation will improve in Ecuador and that the Foreign Ministry will be present.