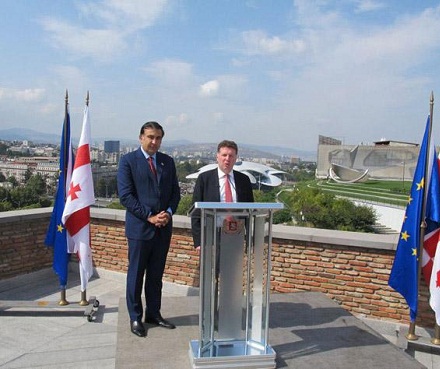 Giorgi Tughushi takes over as minister, as he leaves his post as public defender, or ombudsman, a public servant intended to be an independent watchdog against human rights abuses by the government or others.

Until today, he has criticized the situation in the prisons, although in Tbilisi he has been regarded as a weak public defender who went light on the government. Many have considered him silently pro-government.

Tugushi said he accepted the offer out of a wish to make fundamental changes in the penitentiary system.

He said that as public defender he didn’t have the authority to change things, and he noticed that his reports were ignored, but now he will have a chance to prevent the problems he described in his annual reports.

Tugushi has been public defender since September 2009.

Latest report on human rights dedicated about 300 pages out of 600 to describe terrible conditions at prisons, including death, torture cases, as well as everyday life problems.

The ombudsman also presented his report to parliament in early 2012, but it had no serious response.

Saakashvili has meanwhile instructed Vano Merabishvili, former interior minister and current prime minister, to take control over the prison system and reform it.