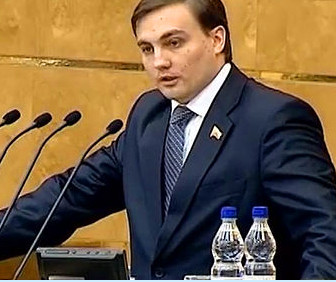 TBILISI, DFWatch–A group of lawmakers in the Russian Duma are preparing to demand that the Kremlin take punitive measures against Georgia for joining the European Union’s economic sanctions against Russia.

The Duma’s foreign relations committee is working on a statement condemning the decision by Georgia and other European countries to follow the EU in extending economic sanctions that began as punishment for the annexation of Crimea.

Ian Zelinsky, one of the committee’s members, told the news website Lenta.ru that the statement will call on the Kremlin to ‘take measures’ against those countries, which are Montenegro, Lichtenstein, Norway, Albania and Ukraine, in addition to Georgia.

The EU’s sanctions against Russia were first introduced in 2014, in response to the Russian annexation of Crimea. Russia responded with its own sanctions against the EU. Some Western-leaning countries that had joined the EU’s sanctions and were also targeted by Russian counter-sanctions, but Georgia was not on the list in 2015 because the Kremlin thought Georgia’s contribution to the sanctions were insignificant.

The most sensitive economic area for Georgia would be to hit its wine export, which boomed in 2013, after a change of government led to improved relations between the neighboring countries, reopening the huge Russian market for Georgian wine-makers, and also Borjomi, the famous producers of mineral water.

The EU decided recently to extend its sanctions until June 23, 2017, and yesterday Georgia and five other countries followed suit. The sanctions ban import of goods from Crimea, prohibits investing in the island and bans tourism services there.

Zelinsky, who represents the far-right Liberal Democratic Party, said Russia can easily do without Georgian wine and mineral water.

“We have to develop Crimea, where unlike Georgian wine, we can produce wine without any chemical impurities,” he told Lenta.ru.

In 2006, Russia’s consumer protection agency banned the import of Georgian and Moldovan wine because of alleged impurities. The ban followed shortly after the arrests in Tbilisi of four Russian diplomats accused of spying, and was seen in connection with the arrests.

When the Georgian Dream government succeeded in lifting the embargo in late 2012, wine exports to Russia went up significantly in 2013 and 2014, but dropped in 2015, which the Georgian national wine agency explained as a result of the economic crisis in Ukraine and Russia.