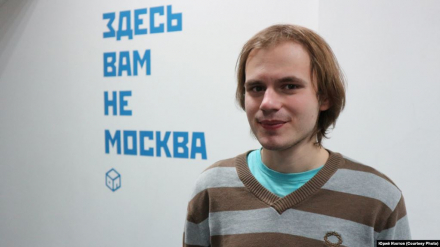 TBILISI, DFWatch–Russian dissident and investigative journalist Yuri Izotov has applied to Georgian authorities for asylum. According to the Ukrainian news website, ua.krynr.com, he said that fears persecution by Russia for his journalistic activities.

“[Russian authorities] carried out investigative check for my posts on social networks where I revealed the data of those law enforcers who took part in dispersing [opposition] rallies in Moscow in summer. Although it ended with the refusal to open a criminal case, I am well aware that they can fabricate it anytime and start prosecution,” Izotov said.

He left Russia in 2016 and applied to Ukrainian authorities but was denied asylum, Izotov said.

“Now, together with my colleague, I am in the process of founding a non-governmental organization in Georgia that will protect the rights of political prisoners in Russia. It seems to me that by staying here I will be able to do more,” he said.