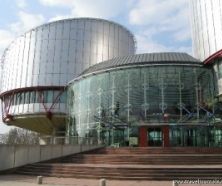 The Strasbourg court faulted Russia for expelling Georgians in 2006.

TBILISI, DFWatch–The European Court of Human Rights has ruled that Russia violated the European human rights convention when it expelled thousands of Georgians following a spy row in 2006.

The ruling will be seen as a moral victory for Georgia, which sued Russia in 2007, after thousands of its countrymen were caught in a coordinated policy by Russia to arrest, detain and expel them from Russian territory.

“The Court further held that Russia had failed in its obligation to furnish all necessary facilities to the Court in its task of establishing the facts of the case,” the court writes in its decision. http://hudoc.echr.coe.int/webservices/content/pdf/003-4811514-5865358

“It invited the parties to submit, within twelve months from the judgment, their observations on the matter and to notify the Court of any agreement that they may reach,” the court’s decision reads.

If the parties do not reach agreement within the specified time, the court will make a decision for them.

According to Georgia’s Justice Ministry, Russia has an obligation to pay compensation to Georgia for violation of its citizens rights and this matter will be reviewed during a 12 month term.