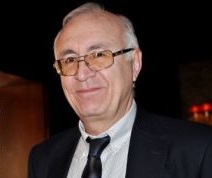 TBILISI, DFWatch–Russia is to simplify visa rules for Georgian citizens.

Zurab Abashidze, the Georgian PM’s Special Representative for Russian Relations, told Russian media that visa rules will be simplified for Georgian citizens who are planning to visit Russia for business or on invitation from relatives.

“There is planned a meeting with transport companies in order to remove visa restrictions for Georgian companies and their representatives,” Abashidze said.

There have been no diplomatic relations between Russia and Georgia after the war in 2008, but there are periodical talks in Geneva between all the warring parties, and there are also held regular field meetings near the disputed territories under the auspices of the EU, called the Incident Prevention and Response Mechanism.

After the change of government, a new channel of communication was opened as Prime Minister Ivanishvili appointed Abashidze as his special representative and direct talks were held with Russia’s Deputy Foreign Affairs Minister Grigory Karasin. Some of their attention during meetings has been on visa rules; another topic was to allow Georgian wine export to the Russian market, which has already been achieved.

Russian citizens can go to Georgia without a visa; a decision made by President Mikheil Saakashvili in the beginning of 2012 — before the change of government.

When it comes to visa requirements for Georgian citizens traveling to Russia, Abashidze first said in June that there has been progress and he expressed hope that there would be certain results in the next few months.