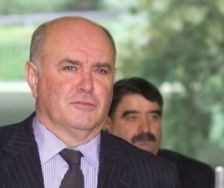 TBILISI, DFWatch–Russia maintains its demand that Georgia must do away with its law on the occupied territories, which makes it a crime for people to visit the breakaway regions Abkhazia and South Ossetia without permission from official Tbilisi.

Gregory Karasin, Deputy Foreign Affairs Minister of Russia, told journalists that this law is the main threat to Russian tourists coming to Georgia.

“We think that the only correct decision would be to abolish this law,” he said after meeting Zurab Abashidze, the Prime Minister’s Representative for Relations with Russia, in Prague on Wednesday.

He also noted that Russia will continue its work on simplifying visa rules for Georgian citizens.

She said the government of Georgia will decide what laws to adopt and what laws will be implemented in regards of certain territories of the country.

Georgia was first to abolish visa rules for Russian citizens, on the initiative of President Mikheil Saaksahvili in 2012. But the gesture was not reciprocated by Moscow.