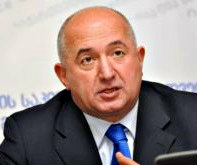 TBILISI, DFWatch–In Russia, the transport ministry and travel agencies are ready to start negotiations about reopening regular air travel with Georgia. The minister of reintegration in Georgia says ‘this is not bad generally’.

Alexander Lukashevich, spokesperson for the Foreign Affairs Ministry of Russia, said Tuesday that Russia is ready to start reviewing transport issues with Georgia and that the transport ministry and representatives of travel agency plan to first review air traffic issues with the country.

Lukashevich drew attention to the fact that there already are charter flights between Tbilisi, Moscow, Batumi and Yekaterinburg and ‘a certain dynamic is already observed’.

“We’ll do everything in order to achieve progress in bilateral relations between our countries,” he added.

Paata Zakareishvili, Minister of Reintegration of Georgia, the same day told journalists that restoring air traffic with Russia ‘is not bad generally’ and it will become easier for the Georgian population to travel to Russia.

“A large part of population have trouble getting to Russia,” he said. “Generally I think it would be better for Georgian citizens to step by step take another direction and do business in other countries, but I cannot force anyone how to manage their own future perspectives.’

He said if people want to do business in Russia, Georgia will support them.

There are no diplomatic relations between the two states since the war in August, 2008. The Geneva talks practically the only format for talks between the conflict parties, but after the change of government in Georgia there are regular talks between the prime minister’s representative for Russian relations and the Russian president’s representative. One of the tangible results so far is the return of Georgian wine on the Russian market, a process of which is still in progress by now.