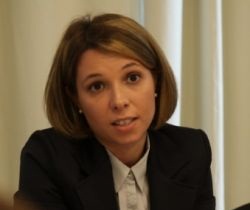 TBILISI, DFWatch – A new report reveals cases of violence, pressure and illegal usage of administrative resources in the election period.

International Society for Fair Elections and Democracy (ISFED) found two cases of people being firing because of their political opinion, 8 cases of pressure on political parties and activists, two cases of physical abuse, five cases of interrupting political activity and 17 cases of usage administrative resources for personal goals during July 2012.

Giorgi Mchedlishvili was a driver at Bank Konstanta. He was fired on July 3 2012. He claims that the reason was his political activities. Mchedlishvili is a member of Lagodekhi regional organization of Georgian Dream coalition.

Georgian Dream coalition members were physically abused in Karaleti, a small village near the conflict zone, close to Russia. Coalition representatives Kakha Kaladze, a former AC Milan player, Gia Karkarashvili and Sozar Subari visited internally displaced, people who verbally abused them. The heads of the district also insulted the visitors and demanded that they leave the area. They abused journalists too, trying to damage their equipment.

ISFED thinks the program of free registration of real assets, which began in some regions of Georgia in July, is a case of misuse of administrative resources for election purposes. The cost of the registration procedure was 50-90 lari until July.

“Incidents of threats, pressure and abuse against members of political parties are very frequent […]. According to the fact that the program began in the election period and it benefits the citizens, we think that this program serves the election goals,” said Nino Lomjaria, head of ISFED.

ISFED will present their final report a few days before Election Day.