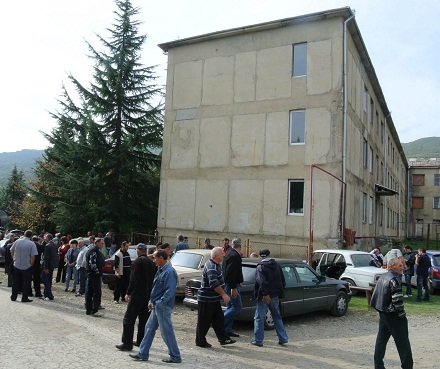 TBILISI, DFWatch — There were repeat elections at eleven precincts in three regions of Georgia on Sunday.

According to the Central Election Commission (CEC), voter turnout at the time voting ended was 32.9 percent. The repeat election was conducted peacefully without incident.

Election was held at Khashuri, Gori and Sighnaghi districts.

According to preliminary data, the majoritarian candidate for Georgian Dream won the election at precinct number 5 in Sighnaghi, receiving 527 votes, while Levan Bezhashvili, candidate for the National Movement received 86 votes.

This was one of the district where special police units broke into election precincts while votes were being counted during the parliamentary election October 1. There were reports that the police used tear gas and rubber bullets and stole voting boxes. The results were annulled at several precincts.

There are a total of 52 precincts in Khashuri. According to the results of the remaining 43 precincts, the Georgian Dream candidate was leading by 53 percent.

Saturday morning, the National Movement candidate said he would withdraw his candidacy in Khashuri, but the CEC explained that his name would be on the ballot, because the withdrawal came too late.