Renowned Abkhazian composer charged with sexual abuse of a minor

Renowned Abkhazian composer charged with sexual abuse of a minor 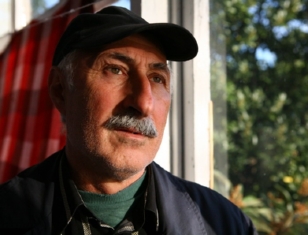 TBILISI, DFWatch–A renowned Abkhaz musician who wrote the anthem of the breakaway republic was arrested Wednesday in Sokhumi and charged with sexual abuse of a minor.

The criminal prosecution against Valeri Chkadua, 70, was initiated after a complaint was filed by a teacher at one of the public schools in Sokhumi, the de facto authorities said. Details of the alleged crime have not been made public so far.

Valeri Chkadua composed the music for breakaway Abkhazia’s “national anthem” and also wrote the first Abkhaz ballet, Ritsa. Chkadua hails from Ochamchira district. He graduated from Tbilisi conservatory in 1977, then finished his postgraduate studies in 1980. After that he returned to Abkhazia, where he received the Dimitri Gulia State Award in 2008 for his contribution to the development of Abkhaz music.