Remembering Bob Walsh: A man who brought big ideas to life in Georgia and around the world

Remembering Bob Walsh: A man who brought big ideas to life in Georgia and around the world 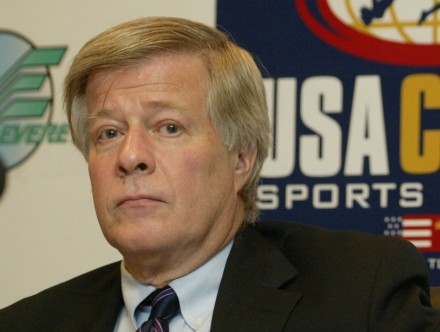 The Memorial Service, remembering Bob Walsh, will be held on March 11 in Seattle…

So today, indeed, is a sad, tough, rough day because Bob Walsh was my friend for 30 years. Maybe it was for even longer, it seemed that he was a part of my entire life.

With Bob, it was camaraderie 24/7. He would often call in the middle of the Georgian night with the 12-hour time difference from Seattle and just to ask: “Mr. Ambassador, did I wake you up, Tedo? I simply wanted to ask how are you? How’s Tamriko, Nika and your Grandson” I miss those phone calls.

He was my confidant, my advisor, and my colleague, but first and foremost my very close friend.

Naturally, he was first of all a father, an exceptional father for Timmy – kind of a male “Jewish Mother.” He loved Timmy, the apple of his eye, and was proud of what he saw him becoming. I was deeply touched, humbled, and flattered when he baptized Timmy in the Georgian church. Bob chose the Georgian Church and my country as a second home.

Timmy, I want you to know that you have a big family in Georgia and more homes and people happy to see you than you can count.

Bob was an important figure in so many communities, from Seattle to Russia, to Jordan, Turkey and Georgia. Moreover, he touched people and lives in a manner that transformed those of us who were fortunate to know him. He could tell a story as well as he could make a story. Bob did not do shallow. He had a big, deep, reflective, voice that made his sense of humor smashing and his stories enchanting.

He was always cordial and charming.

He was rarely angry and hotheaded, but he could do both convincingly when it was about the America he loved and admired.

One couldn’t help but be captivated by his presence.

Bob was engaging. Moreover, he engaged me even before I could call him my friend. I wish he could tell the story of our friendship. But, the beginning of how I knew of him is a story only I can tell.

During the Soviet period of the mid-1980s, when I was a young staffer at the US/Canada Institute, the most prominent think tank in Moscow, I remember him showing up with Ted Turner of CNN to talk about the “Goodwill Games” with Giorgi Arbatov, the Director of the Institute who happened to be very close to Soviet rulers.  Now, these names – Walsh, Turner – today are somewhat legendary, but to a young Georgian student in Moscow in the 1980s they did not have the significance they have today.

For us, they were two American celebrities, which were a bit of a treat, as we were not allowed to speak to Americans – despite their being sort of the objects of our study and research. These were the Soviet rules and habits. Their visits to our Institute were always a “big disaster” and a “headache” for local KGB guys: “Oh my God, not again – Turner and Walsh are coming with their crazy ideas of that goodwill something!”

Nevertheless, they spoke to us, young staffers and post-graduate students, as normal human beings just like them. They were memorable because these two Americans were full of big ideas, and were not going to take no for answer. Against the backdrop of the 1980 Moscow and 1984 Los Angeles Olympic boycotts, Bob’s bold idea was to create a space for the meeting of the East with the West. It sounded “naïve”, almost a mission impossible to us, but Bob and Ted Turner made it happen. That was Bob’s charisma and charm!

All this was a security nightmare, a diplomatic hot potato for the Soviets, and there was more than one reason to dismiss the whole thing. But to do that, you had to say “no” to Bob Walsh. Bob had a way of making that difficult with an adorable, charming and undeniably disarming smile.

I have been thinking a lot about that after Bob’s death. I think that these kinds of smiles were among the unconventional forces that in the end demolished the entire Soviet system. I know Bill Russell referred to him jokingly as “big Bob.” Bob was big and all-embracing. His physical size underscored his gigantic heart.

So I knew of him, before I knew him. And I already liked him.

Like most Americans, he lived in a world where the language errs towards the informal, just the first names: a world of Bob, indeed, his own “One World” he dreamt about: Vaso, Armaz, Mamuka, Badri, Dato, Tengiz – the “Didi Bichi”, Vaho, Gizo, Nelly, Zizi and Nana, Tamaz, Lado, Ted, Jane, Gene, Jill, David, Wolly, Kristin, Rick, Nezir, Bernie, Penny and Mike, of course Bob Watters and so many others. Please, forgive me if I missed anybody’s name! No one could confuse Bob’s informality with disrespect or ignorance: he was straight talking and attentive and you knew he was actually listening.

He had a way of speaking disarmingly, with the conviction that big things – and perhaps only big things – are worth doing. Bob was not born to be anything. He earned his stripes by opening his mind and his heart to the world. In addition, he became the kind of American of the kind of America I have learned from Bob to admire and respect. Earning the moral high ground through the wisdom of a ballet dancer: “See it and then be it.”

Indeed, Bob “danced” around us with a repertoire of roles as rich and diverse as few people can have in a single lifetime. And yet he played them so convincingly and authentically, so as to become irreplaceable. We can fill his shoes, but not how he walked in them.

But, going back to my story, my friendship with Bob did not begin when I was a young staffer.

Like many great friendships, we shook hands in much harder times, in the office of late President Shevardnadze, after the collapse of the USSR, when there was much hope in Georgia, but also much despair. That was the time of civil war, of absolute and unimaginable poverty, and we were making the first steps as an independent nation.

Bob showed up in Tbilisi, along with some American investors, with the idea of building not one but two Marriot Hotels, still the jewels of our capital’ s hospitality sector. Today, much of our economy is tourism, but who would have thought that at the time?

Bob took an even more hands-on approach to boosting Georgian tourism, literally serving as a tourist guide for thousands of his American friends and their friends – introducing them to Georgia, it traditions, culture and of course non-stop supras – hours-long dinners and lunches with toasts in Georgian wines.

Perhaps it was Bob’s experience as a war correspondent or his child-like ability to see and cherish beauty where others only saw despair. He made a big difference to a lot of people in Georgia, whether that was finding scholarships, securing access to doctors, sending money to his Georgian friends to survive the hardships of the 1990s, or just telling stories about Georgia in America.

Last year, I was so happy when he accepted the Georgian Prime Minister’s offer to become the Honorary Consul of Georgia in Seattle. That was as good for Georgia as I think it was for Bob.

Georgia did not fail Bob, because it responded to expectations and became a place he was proud to see growing the way he hoped. Through our friendship, and through Georgia, we had been friends for one generation. That was the generation that built my country.

And he was a good man to have on your side. I remember him standing with our Prime Minister Giorgi Kvirikashvili, Bob Watters, and Mamuka Khazaradze of TBC Bank to make the case of how the Port of Anaklia on the Black Sea shore could bridge the world. We had them at “hello,” not because Bob was good with words alone, but because he could, “see it” and then “be it.”

Everyone knew he walked the talk.

I miss Bob. Georgia will miss Bob. But, I am glad that somehow I remain part of his life, through friends, now Timmy, and all the other people that grew around our friendship. Bob brought people together to create big things, as big as Big Bob.